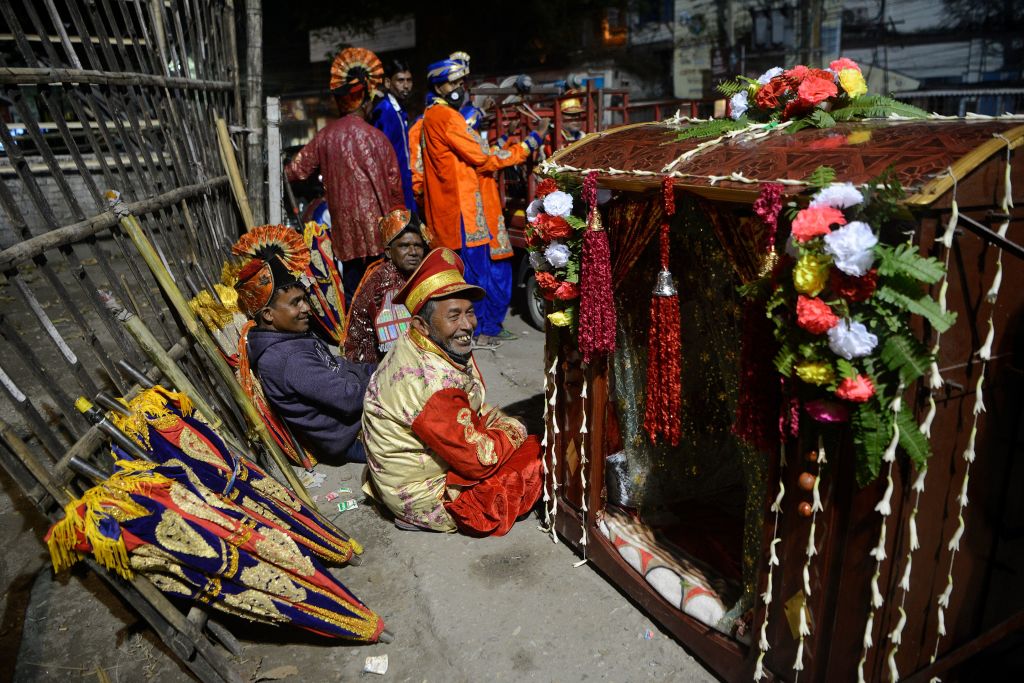 Members of a brass band prepare for a wedding ceremony in Siliguri in the eastern Indian state of West Bengal on November 22, 2021. (Photo by DIPTENDU DUTTA/AFP via Getty Images)

INDIA’s Omicron-driven third wave has become a huge blow to the country’s traditional wedding season, which runs from November to March, reported The Guardian.

Recently, the New Delhi government, along with other restrictions, limited wedding guests to 20.

According to the report, thousands of families are in the same agony of uncertainty, with most of the wedding arrangements paid for, either in full or in part.

India reported 282,970 new infections over the last 24 hours, the highest in eight months, bringing the total to 37.9 million, second-highest globally behind the US.

Deaths crept up to 441 fatalities, including 83 from a previous wave that the southern state of Kerala is recording only now, making the nationally tally one of the highest this year.

The Guardian report added that in pre-pandemic times, some December weekends could see more than 20,000 weddings taking place in the capital in a single day, choking the roads with traffic.

November was packed with destination weddings-after two years of little or no travel, people wanted to get out to a different city, the report added.

The industry’s suppliers are also staring at crippling losses. Its revenues have previously been put at about $50bn, and New Delhi is one of the biggest wedding markets.

Rajeev Jain, managing director of event management company Rashi Entertainment has said that the wedding industry is a “soft target” for coronavirus restrictions.

“I was at Indore airport the other day and there was barely room to stand. Election rallies are being held attended by tens of thousands of people. The markets are full of crowds, but no, weddings must be cancelled,” Abhishek Mishra, co-founder of Seasons Catering, was quoted as saying by the newspaper.

A London-based couple, who were set to fly into New Delhi for the big day on 23 January, have postponed the function indefinitely because of the recent Covid surge.

It was reported that the Confederation of All India Traders has also written to the government asking for a relaxation. However, given the current explosion in cases, any relaxation is unlikely.