Pak aims to counter India influence in Afghanistan: US report 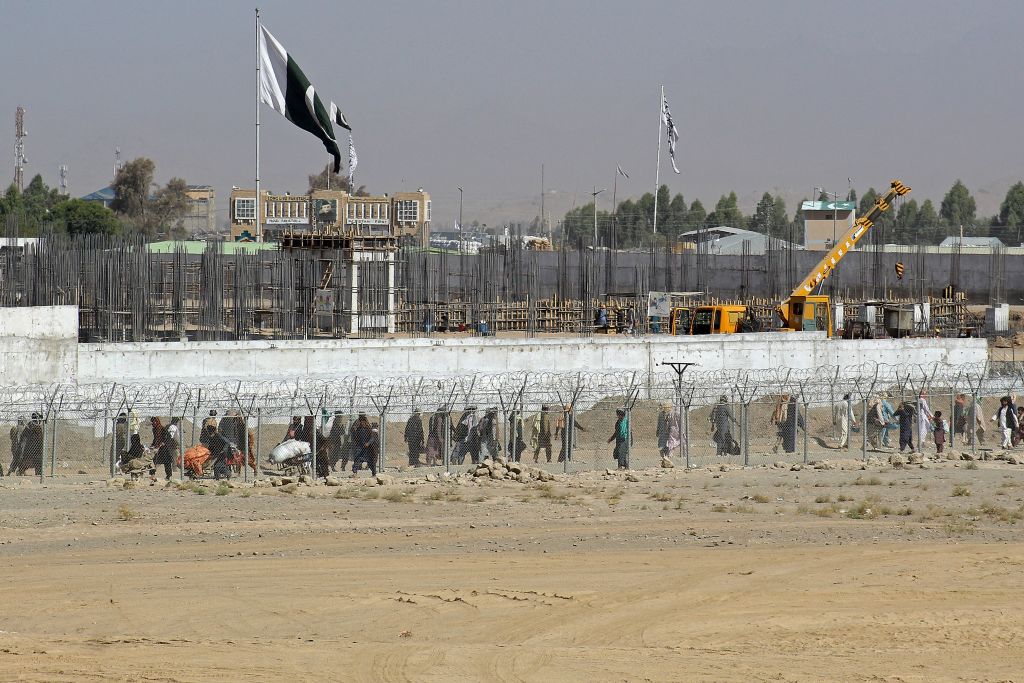 Afghan and Pakistani nationals walk through a security barrier to cross the border at the Pakistan-Afghanistan border crossing point in Chaman, Pakistan, on August 22, 2021. (Photo by -/AFP via Getty Images)

A US government report has said that Pakistan’s strategic security objectives in Afghanistan almost certainly continue to counter influence of its arch-rival India and mitigate the spill-over of the Afghan civil war into Pakistani territory. The report said thus citing inputs from the Defence Intelligence Agency (DIA).

“Pakistan continues to support peace talks, while maintaining ties with the Afghan Taliban,” US Department of State Office of the Inspector General said in its latest quarterly report on Afghanistan.

“According to the DIA, Pakistan’s strategic security objectives in Afghanistan almost certainly continue to be countering Indian influence and mitigating spill-over into the Pakistani territory,” the report said.

The report for the April 1-June 30 quarter said Islamabad is concerned that a civil war in Afghanistan would have destabilising effects on its soil, including an influx in refugees and providing a potential safe haven for anti-Pakistan extremists.

During this quarter, financial contributions to the Afghan Taliban reportedly went up in the Pakistan border regions. While solicitation efforts traditionally targeted mosques, Afghan Taliban militants now openly visit the bazaar areas in nearby towns in Pakistan, the report said.

“The militants typically solicit contributions of USD 50 or more from shopkeepers. Local residents told reporters that solicitation efforts were now commonplace in the towns and cities of Quetta, Kuchlak Bypass, Pashtun Abad, Ishaq Abad, and Farooqia,” it added.

India has expressed a deep concern over the deteriorating security situation in Afghanistan following the Taliban’s return to power since Pakistan is expected to gain more due to the development and New Delhi’s clout in the region is likely to decrease with the fall of a friendly government in Kabul.

The report also cited media reports to say that while Iran, the western neighbour to Afghanistan, welcomes the US’ pull-out from Afghanistan, it “almost certainly” remains concerned about the rising instability in that country. It said while Tehran will continue to pursue influence in any future Afghan government through relations with the government in Kabul, the Taliban and power brokers, it is against re-settlement of the Taliban’s Islamic Emirate.