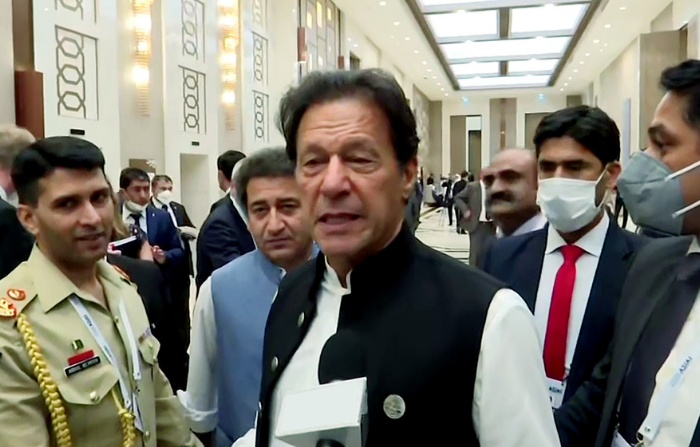 FACING adverse results in the recently held first phase of local elections in Khyber-Pakhtunkhwa province, Pakistani prime minister Imran Khan has dissolved all organisations of his ruling Pakistan Tehreek-e-Insaf (PTI) across the nation.

According to a report from Pakistan’s major daily Dawn, information minister Fawad Chaudhry made the announcement in a press conference in Islamabad on Friday (24). He spoke to the media after a meeting of the party’s senior leadership which was chaired by Khan.

The minister said that Khan, 69, expressed dissatisfaction over the PTI’s performance in the local body polls in K-P but added that the results of the elections in village councils showed that the PTI was still the “biggest party in the province”.

“But the way tickets were awarded […] PTI does not believe in dynastic politics. PM Imran has never let his personal relations affect his mission,” Chaudhry said.

He added that the party’s candidates should be awarded party tickets on merit, something that other parties like Pakistan Muslim League (Nawaz) and Pakistan Peoples Party do not follow.

He said, “If that culture seeps into the PTI, there will be no difference between us and them.” Chaudhry also added that Khan voiced his frustration over this.

“We are receiving complaints that in different areas party tickers were distributed among family members disregarding merit,” he said.

The information minister also said the PTI leadership debated the party’s organisational structure. He said the reality was different from the way the ruling party – one of the major political parties of Pakistan – should have taken part in the local government polls.

He said prime minister Khan, therefore, decided to dissolve all organisations from the centre to the local levels after consulting the party leaders.

“Chief organisers and all office bearers have been removed from their positions,” he added.

“It has also been decided that the local leadership will not award party tickets when it comes to their relatives. A special committee will be formed where the case will be forwarded and it will decide whether or not to award the ticket,” Chaudhry said.

The PTI, which has been in power in K-P since 2013, put up a dismal show in the elections held in the 17 districts of the province held on December 19, conceding ground to the Jamiat Ulema-i-Islam Fazl (JUI-F).

As per the provisional results of 47 of the 63 tehsils announced by the Election Commission of Pakistan, the JUI-F won bagged 17 seats of mayor/chairperson while the PTI came second with 12 seats.

Khan also asked the government of the Punjab province and PTI leaders to start homework for the upcoming local government elections in that province so that a K-P-like result is not replicated. He also said that he would personally oversee the preparations for the polls, the Dawn report added.

The cricketer-turned-politician, who became the prime minister of Pakistan in 2018, will have a major test in 2023 when Pakistan goes to its next general elections.