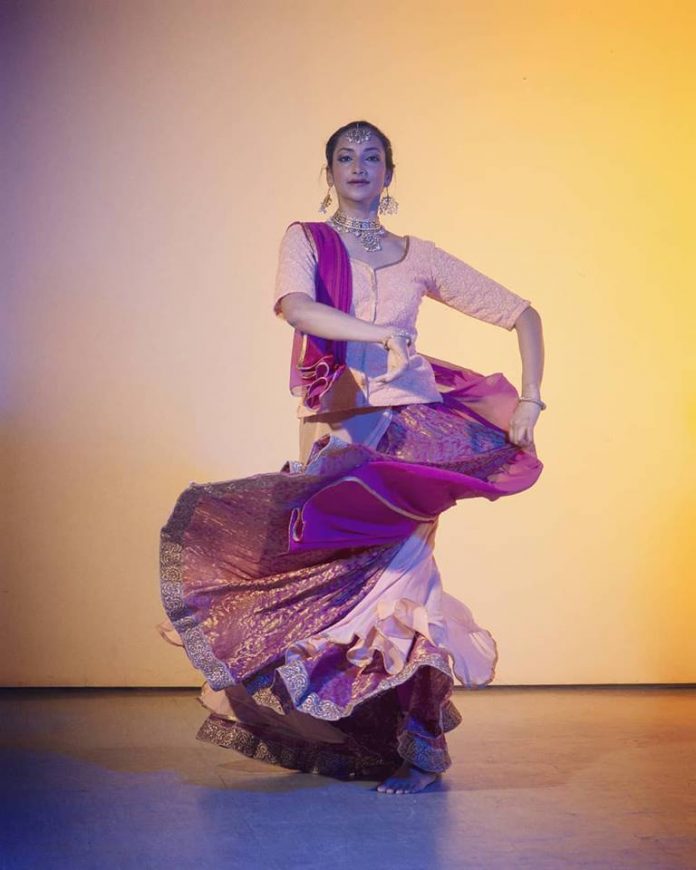 Watching Dance: From the unimaginably epic to the ornate and subtle, watching dance has not only provided an insight into a myriad of cultural perspectives with engaging historical and current socio-political contexts but also allowed me to witness the wonder of being completely vulnerable to emotion.

Growing Pains: In 2016, I felt inspired to throw myself into devising, choreography and collaboration as I had been researching a number of my own ideas. I was awarded one of Akademi’s Choreography Commissions as part of an initiative set up to support the professional development of South Asian dance choreographers. The researched and developed piece, Growing Pains, addressed the threat and reality of homelessness affecting countless people across the UK.

Good Girl: I was awarded a residency by Kala Sangam in 2018 and delved into the beginnings of Good girl. This new dance-theatre work seeks to determine the influence of cultural expectations and conditioned assumptions, exploring how they can impact choices of partner and the sex lives of South Asian women. The title Goodgirl comes from the translation of ‘bhalo me’, a Bengali phrase commonly assumed of a girl or woman who seemingly abides by traditional rules of society. I’m also keen to unravel the good-girl-turned-superhero, who advocates for choice and changes in attitudes.

Riyaaz: Practice (riyaaz) is an empowering, transportive endeavour. This ongoing act of refinement is not just about drilling what you know, but discovering what you don’t.

Memorable Performances: Occasionally, I am struck by quiet anxiety before or during performances, which leaves me frustratingly self-conscious, although you probably wouldn’t be able to tell. Therefore, I can ironically recall little of ones that have gone ‘well’. By ‘well’, I mean that risks were taken and the experience was genuinely relished. Akademi’s Navodit at Rich Mix London in 2014 was one such evening where I felt that heady state. Two others were alongside my guru, Urja Desai Thakore, in a duet for Kumudini Lakhia’s 50th anniversary at Kadamb in Ahmedabad, 2015, and at the festival SurSadhana 2017 in the grand Russian Drama Theatre of Lithuania.

ISTD’s Vocational Graded Examinations: When one pictures a dance audition, several popular culture references come to mind, notably the tail-end scenes from the films Flashdance and Save The Last Dance, in which the dancer’s virtuosity jolts the bored-stiff panellists. Dance exams don’t seem to invoke that same life-changing sense of occasion. However, as someone who was exposed to the inventiveness that can be conjured in the presence of live musical accompaniment during vocational exams, I can assure you that they can be exhilarating.

Becoming A Teacher: Six years ago, Urja, with whom I had been training for five years at the time, had fallen pregnant and needed a teaching assistant pronto. I had volunteered as a youth leader in my late teens and looked into teaching science after my degree, so when Urja asked whether I wanted to develop this side of my practice too, I was genuinely drawn to her proposition. I learned an invaluable amount from observing her sharp eye, becoming far more mindful of the consistency of my technique, and reconsidering the layers that can be explored in any particular movement. What I enjoy most is to problem solve when a student is unable to grasp something the first time round, as it challenges me to innovate my way of thinking and communicating.

The Kathak Connection: I sometimes get asked whether South Asian dance has appeal beyond the subcontinent and the immediate diaspora, and think of how I was taught to tie my ghungroo (ankle bells) by Quincey Kendell Charles, an incredible performer from Trinidad & Tobago, who discovered and fell in love with the art form there.

My First Class: I started learning kathak at the age of eight when my parents took me to The Bhavan in London to introduce me to Indian classical dance. Till then, my experience of dance consisted of sweet Bengali folk with a north London community group, boogieing to pop with my two brothers in our living room and my school’s Let’s Move club. I was put off by the heavier stamping of bharatanatyam and preferred the meditative atmosphere I found in Sushmita Ghosh’s (my first teacher) kathak class as the group warmed up. Sushmita di became a compassionate role model who instilled a strong sense that dance and music are profound forms of expression.

#Dancefam: All the wonderful people I’ve met who are now like family. Thank you for the joy, drama and laughter.

Parbati Chaudhury is a Kathak artist based in London. A performer, teacher and maker, her next project is as guest curator for Akademi’s British Asian cross-arts festival, Brown Tangle, at the Rich Mix in London October 25 and 26 2019, to mark Akademi’s 40th anniversary.