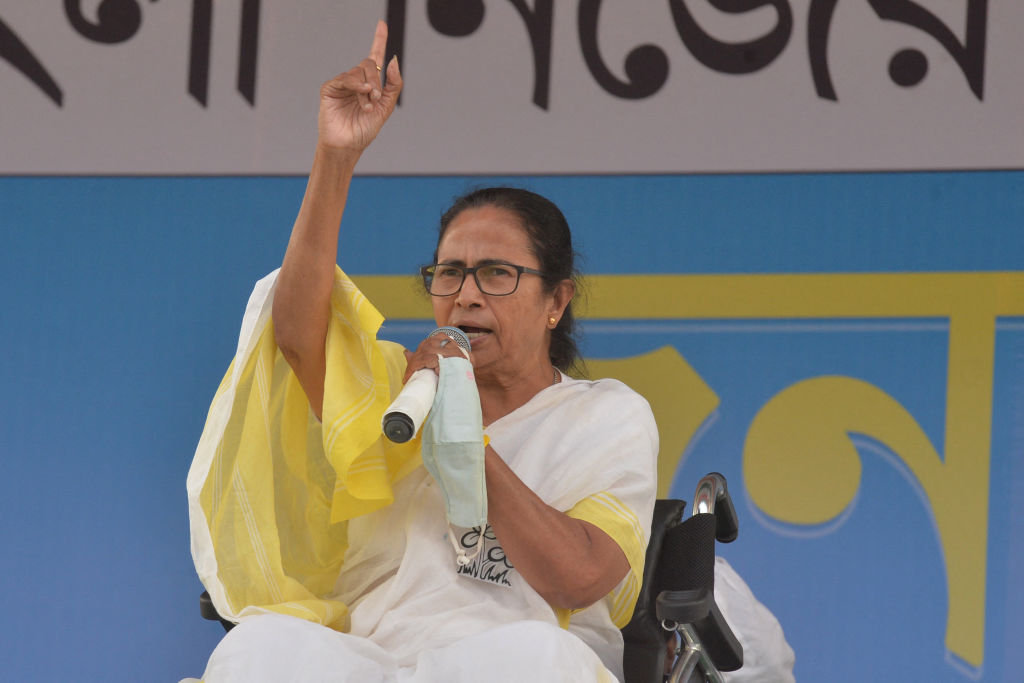 MAMATA Banerjee, the chief minister of the eastern Indian state of West Bengal, on Wednesday (21) called for the Indian opposition to unite against the ruling Bharatiya Janata Party (BJP). Targeting the party of prime minister Narendra Modi in the wake of the ongoing Pegasus snooping row, Banerjee said a “surveillance state” was posing a “threat” to the Indian democracy. She even said that she cannot talk to other opposition leaders claiming her mobile phone is also tapped and that she has put a leucoplast on her phone camera.

Banerjee, whose Trinamool Congress (TMC) defeated the BJP in the Bengal elections in May, spoke on the matter while addressing people online on the occasion of Martyr’s Day, which she observes on July 21 every year to commemorate the killing of some political workers of her former party Indian National Congress in police firing in Bengal in 1993. The Left was in power in the state at that time.

ALSO READ: What you need to know about Pegasus snooping row

In her address, Banerjee said she would go to Delhi on July 27 or 28 and will be available for an opposition meeting if there is one. A number of opposition leaders heard Banerjee’s address in the national capital and other cities of the country where it was played live on giant television screens.

“Three things make democracy — media, judiciary and the Election Commission — and Pegasus has captured all three,” the 66-year-old Banerjee, whose nephew and senior party leader Abhishek Banerjee was also a potential target for surveillance, according to the group of 17 media organisations across the world that probed the leaked surveillance lists, said.

The TMC supremo called the Israeli spyware “dangerous” and “ferocious” and said she can not talk to other opposition leaders now since her phone is also tapped.

“I cannot talk to you people. To Sharad Pawar, Delhi Chief Minister, Goa Chief Minister… I have put leucoplast on my (phone) camera. This government should also be plastered over,” the firebrand leader said.

Banerjee also appealed to the Supreme Court of India to come to the nation’s aid at the hour. “Save the country, the democracy. Can’t you take suo motu cognisance as all phones are tapped? Set up a panel to probe… Only the judiciary can save country,” she said.

She also lashed out at Modi accusing his government of misusing agencies against the opposition leaders.

“Mr Modi, don’t mind. I am not attacking you personally. But you and may be the home minister — you are deploying agencies against opposition leaders. You are misusing the agencies,” she said.

She also accused the Centre of spending tax money on procuring spyware instead of looking into people’s welfare. “Look at the petrol prices. The Government of India collected ₹ 3.7 lakh crore from fuel tax alone. Where is the money going? No vaccines are available. You want to create a surveillance state. Ministers’ phones have been tapped. Judges’ phones have been tapped. Pegasus spyware intercepted the phones of judiciary, politicians, media persons,” Banerjee said.