People Started To See Me In A Different Light Post ‘Chhichhore’: Varun Sharma 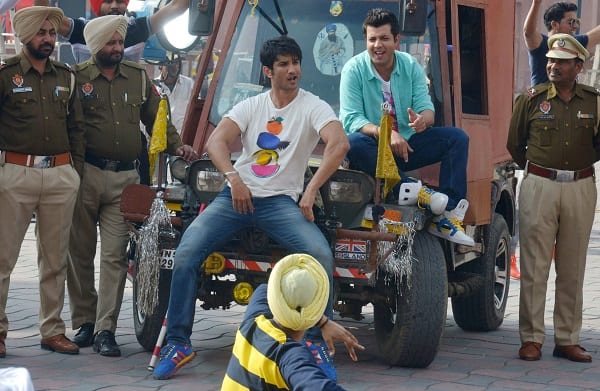 INDIAN actor Varun Sharma says his character in Nitesh Tiwari’s “Chhichhore” has opened doors for people to look at him for roles that go beyond the genre of comedy.

Varun’s portrayal of Sexa, an affable but emotional character,  got him some of the best reviews of his career and the actor could not be more thrilled.

When asked if he thinks post the film directors, producers are going to look at him differently, Varun told PTI, “I really hope and wish they do. As an actor, I personally feel that in different genres as well, if I work hard, I can showcase that side of mine.

“People have already started seeing me in a different light, the messages and meetings are happening. I am really happy for that kind of acknowledgement.”

Varun says comedy will always be a part of his trajectory as an actor but he wants to experiment in other genres as well.

“The films I’m planning and doing are a mix of different things, but it doesn’t mean that I’m going to stop doing comedy. That’s something I love doing and I can’t take that for granted.”

The 29-year-old actor is best known by his screen name ‘Chucha’ from his 2013 debut “Fukrey”.   Trumping that with ‘Sexa’, Varun says, was no easy task.

“Wherever I used to go, people called me ‘Chucha’ and I loved that. It’s every actor’s dream to be called the character’s name. Now, finally with ‘Chhichhore’, people are calling me ‘Sexa’. I feel so good that the character has made that big an impact.”

Varun will next be seen in Rajkummar Rao, Janhvi Kapoor starrer “Rooh-Afza”. The film is directed by Hardik Mehta and co-produced by Dinesh Vijan and Mrighdeep Sing Lamba.

While horror-comedy is a new space for Varun, the actor says the strongest point of the film is its writing.

“It’s a beautiful genre to be in. I’m a fan of horror comedy after ‘Stree’. It is a comedy but it is a different branch altogether. As co actors, Rajkumar and Janhvi are so wonderful. It’s amazing to work with them.

“Hardik is very clear about how he’s shaping up the film. The strongest point about the film is its writing. The content is brilliant,” he adds.

The film revolves around a singing ghost who puts grooms to sleep so it can possess their brides.

Every time there is a wedding in town, local women come together to keep the groom awake through the first night in a bid to avoid the wrath of the ghost.