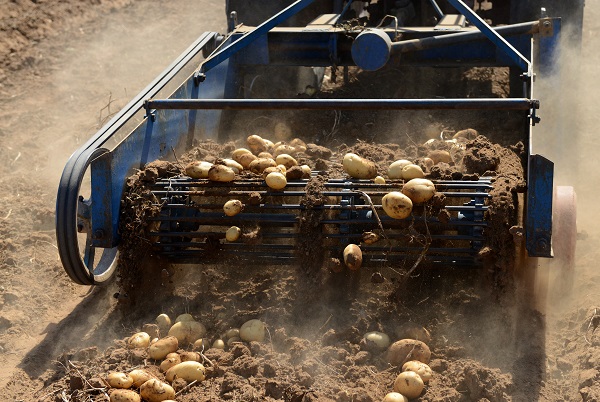 The Purchase, New York-based company said the four farmers had to either sell their potatoes to PepsiCo or stop cultivating the FC5 potato variety. In return, PepsiCo said it would withdraw the suit filed against the farmers (Photo: SAM PANTHAKY/AFP/Getty Images).

AN influential group with close ties to prime minister Narendra Modi’s ruling Bharatiya Janata Party (BJP) has accused PepsiCo Inc of coercing four Indian farmers who have been sued by the US company for allegedly infringing a patent.

The Purchase, New York-based company said the four farmers had to either sell their potatoes to PepsiCo or stop cultivating the FC5 potato variety. In return, PepsiCo said it would withdraw the suit filed against the farmers.

Ashwani Mahajan, who heads the Swadeshi Jagran Manch, said PepsiCo was “coercing” the farmers by using legal action to force them to either sell their output to the company or to stop growing the FC5 potato variety at all.

SJM is the economic wing of Rashtriya Swayamsevak Sangh (RSS), the ideological parent of Modi’s BJP.

The dispute comes at a particularly sensitive time in India, which is about half-way through a 39-day staggered general election, in which its rural population still has a dominant voice.

Modi and the BJP are seeking a second term and most political strategists think they will likely get it.

“Other than coercing these farmers, PepsiCo is also intimidating and exploiting them. It is a clear case of a large MNC (multi national corporation) arm-twisting India’s poor farmers,” Mahajan said.

The federal government should step in to ensure that the farmers do not get harassed by PepsiCo, he said.

In response, a PepsiCo India spokesman said in a statement that it “has already proposed to amicably settle with people who were unlawfully using seeds of its registered variety.”

Adding: “The company was compelled to take the judicial recourse as a last resort to safeguard the larger interest of thousands of farmers that are engaged with its collaborative potato farming program.”

The FC5 variety has a lower moisture content required to make snacks such as potato chips.

PepsiCo maintains that it developed the FC5 variety, which has a lower moisture content required to make snacks such as potato chips, and registered the trait in 2016.

In April, the company filed the lawsuit in a court in Ahmedabad, the business hub of Gujarat, requesting the court to retrain the four farmers from growing the FC5 variety.

The court has asked the farmers not to use the variety until the next hearing scheduled for June 12.

The court also appointed an officer to examine the issue.

Other than filing the lawsuit, the company has also sought more than Rs 10 million each from the four farmers for alleged patent infringement.

PepsiCo shouldn’t have gone to the court seeking heavy damages from farmers and a large corporation cannot be allowed to take on a handful of farmers, Mahajan said.

PepsiCo, which set up its first potato chips plant in India in 1989, supplies the FC5 potato variety to a group of farmers who in turn sell their produce to the company at a fixed price.

The state government of Gujarat has assured the farmers that it will help them, Nitin Patel, deputy chief minister said last week.

The opposition Congress party has also criticised PepsiCo for suing the farmers.

The All India Kisan Sabha, or All India Farmers’ Forum, has asked the Indian government to protect the farmers and also called for a boycott of Lay’s chips and PepsiCo’s other products.

PepsiCo is the second large US company to face major patent infringement issues in India.

Stung by a long-standing intellectual property dispute, seed maker Monsanto, now owned by German drugmaker Bayer AG , withdrew from some businesses in India over a cotton-seed dispute with farmers.