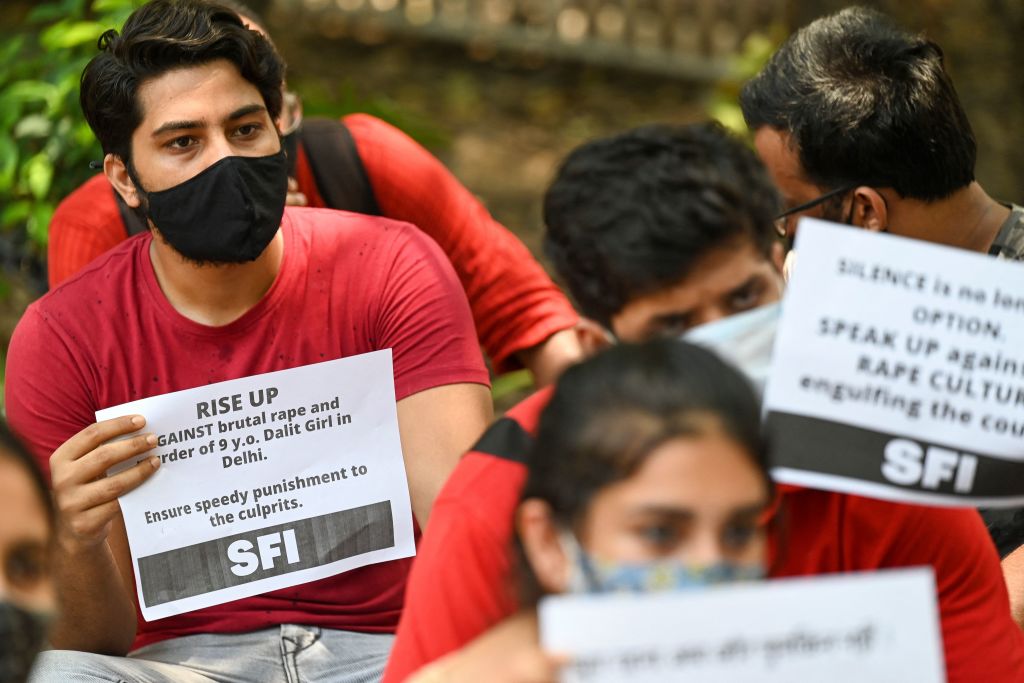 AN Indian police officer has been arrested after being accused of raping a 13-year-old girl who went to his station to report she had been gang-raped.

The alleged incident is the latest to spotlight the high levels of sexual violence in the world’s largest democracy, where a woman is raped every 18 minutes on average.

The girl is also a member of India’s Dalit community, which has long suffered from marginalisation and violence at the hands of higher castes while getting little help from police.

According to her father, she was gang-raped by four men last month over several days.

But when she attempted to file a complaint last week, the station house officer in charge raped her, according to an NGO now providing her with counselling.

Police said the officer was arrested on Wednesday (4) along with four other people and the girl’s aunt, who was reportedly inside the station house room when she was attacked.

Twenty-nine other officials present at the police station in the northern state of Uttar Pradesh at the time of the alleged assault have been suspended from duty.

News of the incident has triggered outrage on Indian social media.

“If police stations are not safe for women, then where will they go to complain?” tweeted Priyanka Gandhi Vadra, a senior member of the opposition Congress party.

“Has the [Uttar Pradesh] government seriously thought about increasing the deployment of female officers in police stations to make them safe for women?”

India’s rape laws and sentencing guidelines were overhauled after a notorious 2012 gang rape of a student in New Delhi.

But the number of offences remains high, with more than 28,000 rapes reported in 2020, according to the latest official data, which is thought to be the tip of the iceberg.