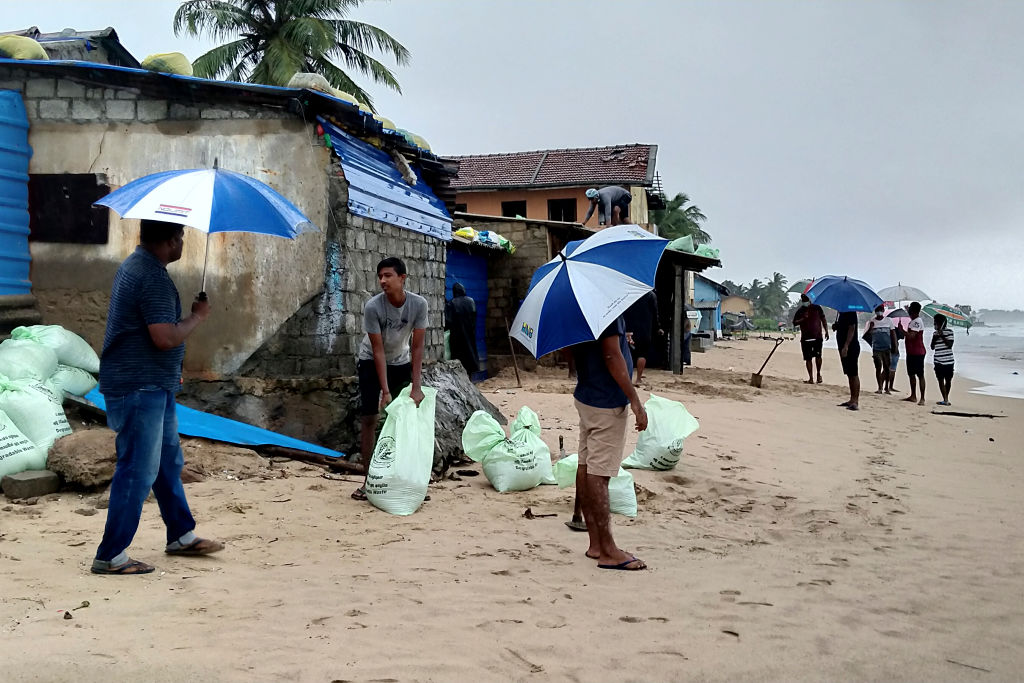 SRI LANKA evacuated 75,000 people from homes on the east coast, where tropical cyclone Burevi, packing winds of 80 kph to 90 kph (50 mph to 56 mph) is expected to hit the island nation late on Wednesday(2).

The cyclone is likely to damage coastal buildings and power lines and unleash flash floods, the island’s disaster management centre said, advising those living near its path to stay indoors.

Those evacuated, from the Trincomalee district expected to be hit the hardest, have been moved into 237 relief centres until the cyclone passes, disaster officials said.

“By this evening or night, the cyclone will hit land,” said Athula Karunanayake, the chief of the meteorology department, adding that wind speeds could reach 80 to 90 kph (50 to 56 mph).

By Thursday(3), the cyclone’s path will carry it northwest towards the Arabian Sea, he said, however.

Authorities in the Northern Province, home to more than a million people, will keep schools shut until at least Friday(4).

Burevi is projected to move into southern India by early on Friday, Indian weather officials have said, but is expected to cause less damage there.

Cash-strapped Britons give up pets as living costs soar