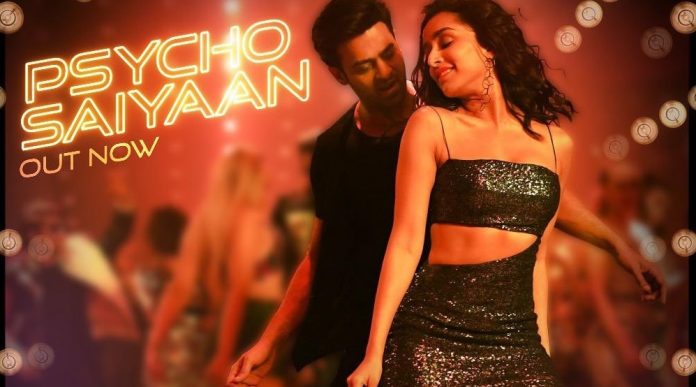 AFTER releasing the teaser, the makers of Saaho have now launched the first track of the film titled Psycho Saiyaan. The track features Prabhas and Shraddha Kapoor and it is their sexy moves that impress us a lot in the song.

Psycho Saiyaan is composed by Tanishk Bagchi and sung by Sachet Tandon and Dhvani Bhanushali. It has foot-tapping beats, but the lyrics could have been better. While we have seen Shraddha in such avatars earlier, it is quite fascinating to see Prabhas doing the cool moves. Even Prabhas and Shraddha are looking quite good together.

Directed by Sujeeth, Saaho also stars Neil Nitin Mukesh, Jackie Shroff, Chunky Panday, Mandira Bedi, and others. After watching the teaser and this song, we are now eagerly waiting for the trailer of the film. Saaho is trilingual shot simultaneously in Hindi, Tamil, and Telugu. While for the Hindi version of Baahubali franchise, TV actor Sharad Kelkar had dubbed for Prabhas, for Saaho, Prabhas will be dubbing himself.

When a film starring Prabhas is set for a release, we would expect that the makers will promote the movie on the actor’s name. But with Saaho, it is different as Shraddha Kapoor is getting an equal scope in the promotions.

The opening scene of Saaho teaser featured Shraddha and even in the song Psycho Saiyaan we can see that the actress has more screen time than Prabhas.

Talking about the teaser, director Sujeeth had said, “It is an important role for the female character. Shraddha drives the film to the end. It was a conscious decision to make my female characters strong. When we started working on the teaser, we had two options here – to go with Prabhas, considered as a huge star and you expect him to be there in the opening scene. And other was to begin it with Shraddha and we chose the latter.”