Punjab CM Mann, who belongs to ‘Common Man’s Party’, has 42 cars in his convoy: report 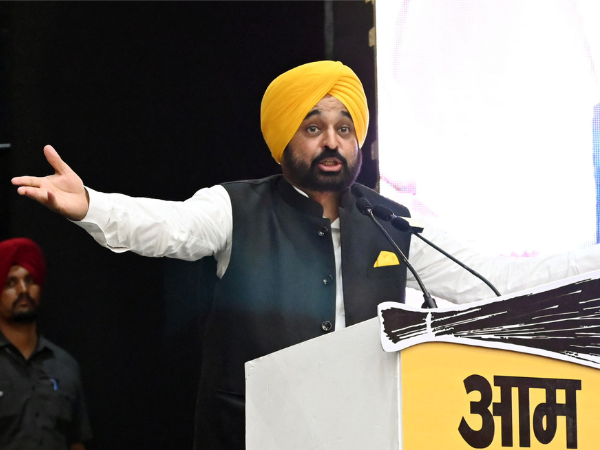 Indian prime minister Narendra Modi might stop his convoy to give way to an ambulance while travelling from Ahmedabad to Gandhinagar, making a strong statement against the VIP culture which is rampant in the country’s political circles, but it seems not too many leaders are keen to learn from him despite preaching against the same culture.

It has been alleged that Bhagwant Mann, the chief minister of the northern state of Punjab who has courted controversy on more than one occasion since coming to office earlier this year, uses as many 42 vehicles in his convoy, more than that deployed by his three predecessors Parkash Singh Badal, Captain Amarinder Singh, and Charanjit Singh Channi.

Partap Singh Bajwa, leader of the opposition Congress in the state assembly, has cited an RTI (Right to Information) reply to claim that Mann has more than 40 vehicles in his cavalcade, almost 10 more than Shiromani Akali Dal’s Parkash Singh Badal and the Congress’s Amarinder Singh who has now joined the Bharatiya Janata Party. Channi, who is also from the Congress, had 39 cars in his convoy. Mann belongs to the ‘Aam Aadmi Party’ which in English means ‘Common Man’s Party’.

“Shocking revelation – CM Badal had 33 vehicles when he was CM from 2007-17 in his cavalcade & there was no change in number of vehicles when Captain Amarinder S became the CM but it has been revealed through RTI that CM Mann ‘The so called Aam Aadmi’ has 42 cars in his cavalcade,” Bajwa tweeted.

In the past Mr Mann used to question what “kings & maharajas” do with convoy of so many vehicles? Will CM Mann himself clarify now what he is doing with the convoy of 42 vehicles? Is this the Badlav AAP promised?

Bajwa also lashed out at Mann saying there was not much similarity between what he preached on VIP culture before becoming the chief minister and what he practised after becoming one.

Bajwa asked Mann to tell the people of Punjab what purpose did the big convoy serve.

“Why does he spend taxpayers’ money so recklessly? How can he afford to have such a huge cavalcade now?” he asked.

NDTV reported that the ruling AAP was silent on the issue with party and government officials passing the buck to others for responding.

Mann recently made the headlines over claims that he was removed from an aircraft in Frankfurt in Germany since he was too drunk to stand.