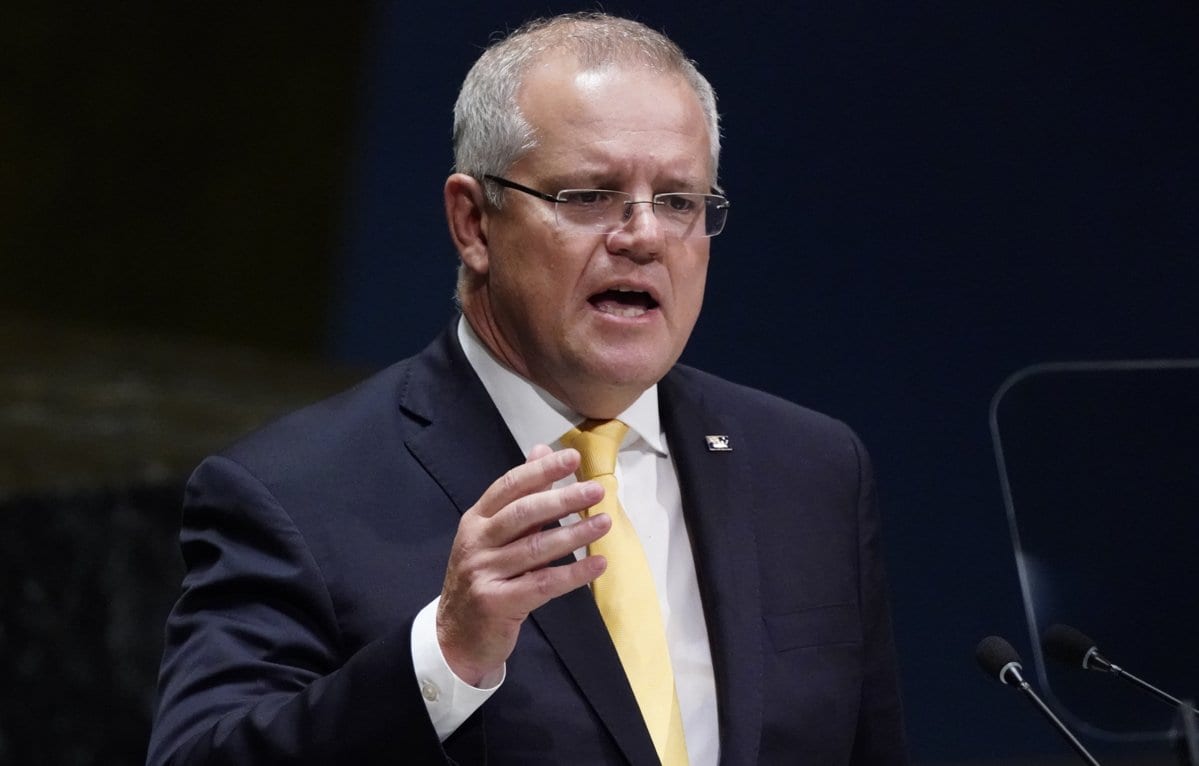 Australian Prime Minister Scott Morrison has said he will visit India in January next year, describing it as another step in cementing New Delhi in the top tier of his country’s partnerships.

Morrison said he would be visiting India, a partner in the Quad strategic bloc, at the invitation of Prime Minister Narendra Modi.

”My visit will be another step in cementing India in the top tier of Australia’s partnerships,” Morrison said in a major foreign policy address to the Lowy Institute in Sydney.

”So I am honoured to accept the invitation of my friend Prime Minister Modi to visit India in January, including to deliver the inaugural address at the Raisina Dialogue,” he said.

Morrison will be accompanied by a business delegation.

”This will bring the government and business together to pursue our India economic strategy that has captured the attention of our Indian partners and must now be realised,” he said.

“Last month we, our ASEAN partners and other nations in the region hoped to conclude the Regional Comprehensive Economic Partnership, embracing 16 economies with a combined population of 3.5 billion and combined GDP of $25.7 billion,” Morrison said.

”The special importance of this agreement is that it will draw India more substantially into the Indo-Pacific economy,” he added.

”Australia’s national security and that of our Pacific family are intertwined. This is a practical partnership supporting economic stability and prosperity, and strengthening security and resilience. Our relationships with other nations in our region are flourishing,” he said.

Morrison said that his government was keen to work with the Quad countries, the US, Australia, India and Japan.

In November 2017, India, the US, Australia and Japan gave shape to the long-pending “Quad” coalition to develop a new strategy for keeping the critical sea routes in the Indo-Pacific free of any influence, amid China’s attempts to expand its military presence in the region.

The Indo-Pacific region includes the Indian Ocean and the western and central Pacific Ocean, including the South China Sea.

”Last week we took another step, when the foreign ministers of the Quad countries – the USA, Australia, India and Japan – met in New York. This is the first time the Quad has met at the foreign minister-level. Our government has worked patiently to restore trust and confidence following the (Kevin) Rudd government’s policy to disconnect from the Quad,” he said.

”I am pleased we have been able to restore this important forum for Australia and the region. It is a key forum for exchanging views on challenges facing the region, including taking forward practical cooperation on maritime, terrorism and cyber issues,” he added.

On China, Morrison said, “‘China has in many ways changed the world, so we would expect the terms of its engagement to change too. That’s why when we look at negotiating rules of the future of the global economy, for example, we would expect China’s obligations to reflect its greater power status.”