Rahul Dravid, India’s ‘Wall’, turns 50: You are an inspiration and a legend, tweets Suryakumar Yadav 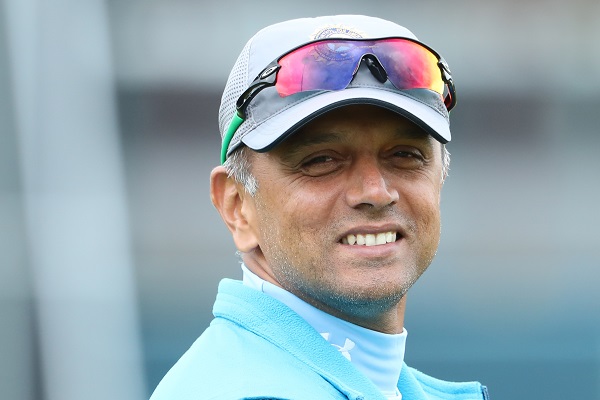 Wishes poured in from all quarters, including current player Suryakumar Yadav, one of India’s most explosive batters in white-ball formats.

It was only a few days ago that Dravid expressed his admiration for Yadav after the latter’s match- and series-winning T20 century against Sri Lanka. This time, it was the batter’s turn to pay back.

Happy birthday Rahul sir!
You are an inspiration and a legend!
Thank you for giving me the space and the freedom in the team to go out there and be myself on the ground! 🙌 pic.twitter.com/7zFYhBzSJF

In a tweet, Yadav wrote while sharing their recent interview, “Happy birthday Rahul sir! You are an inspiration and a legend! Thank you for giving me the space and the freedom in the team to go out there and be myself on the ground!”

Dravid, who played for India between 1996 and 2012, has been one of the country’s most prolific scorers. His sound technique and temperament had earned him the nickname ‘The Wall’ as he could anchor his innings with patience for hours.

In international cricket, Dravid, who was born in Indore in the central Indian state of Madhya Pradesh but played for Karnataka where he resides, scored 24,208 runs from 509 games overall with 48 hundreds and 148 fifties.

He also played one T20 international in which he scored 31 runs. He has also featured in the Indian Premier League. He led India in the 2007 50-over World Cup in the West Indies.

Dravid has always been hailed as a team man who, as the situation required, kept the wickets and also opened in Tests.