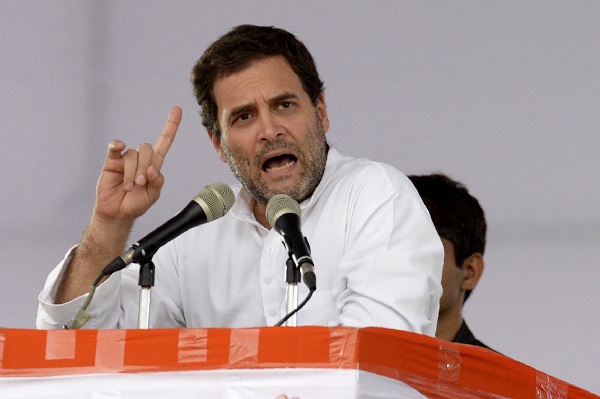 CONGRESS leader Rahul Gandhi’s follower count on Twitter has crossed the 10-million mark and on Wednesday (10), he thanked all his followers on the social media platform for the “milestone”.

Gandhi had gone past Shashi Tharoor as the most followed Congress leader on Twitter last year.

He has now notched up as Tharoor has over 6.9 million followers.

However, he is still well behind prime minister Narendra Modi, who has more than 48 million followers on the micro-blogging site.

“10 million Twitter followers – thank you to each and every one of you!” Gandhi tweeted.

“I will celebrate the milestone in Amethi, where I will be meeting our Congress workers and supporters today,” he said.

He represented the Amethi Lok Sabha seat since 1999. He is currently a Member of Parliament from Wayanad constituency in Kerala.

Gandhi last week publicly announced his resignation as the party’s president, taking responsibility for the Lok Sabha polls debacle, and called for “hard decisions” to rebuild the party and making people accountable for the “failure” of 2019.

The 49-year-old leader –who has been adamant on his decision to quit as party president since May 25, two days after the results in which his party won 52 seats also stressed on the need for the Congress to “radically transform itself”.

He succeeded his mother Sonia Gandhi as Congress president in December 2017 and his major success at the helm of the 133-year-old party was winning three assembly elections in Rajasthan, Chhattisgarh and Madhya Pradesh in December last year.