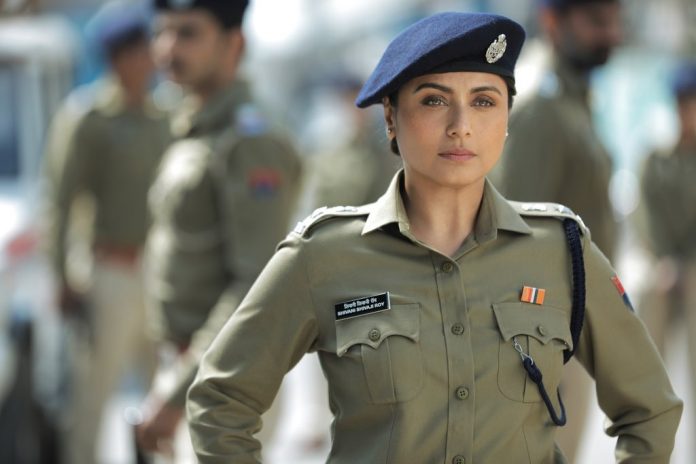 AFTER the success of 2014 release Mardaani, Rani Mukerji will be once again seen portraying the character of Shivani Shivaji Roy on the big screen in Mardaani 2. The shooting of the sequel is currently going and today a still of the actress from the film has been released.

Rani is seen sporting a cop uniform and has carried the look very well. Her portrayal of a cop in Mardaani was appreciated a lot and she also won a few awards for it. We surely have high expectations from Mardaani 2 and looks like we won’t be disappointed.

Rani will be fighting with a 21-year-old villain in the film and the makers have kept the name of the actor under wraps. Earlier while talking about the film, Rani had said, “Mardaani is and will always be extremely close to my heart. Since its release, everyone has asked me time and again when I would be doing Mardaani 2 and I’m sure this announcement will come as a pleasant surprise to all of them. Gopi has written an extraordinary script and I can’t wait to start shooting this film soon.”

Mardaani 2 is being directed by Gopi Puthran. The release date of the film is yet to be officially announced, but there are reports that the movie will hit the screens in November this year.