Restrictions In Jammu-Kashmir Have To Be Reviewed From Time To Time: Top Court 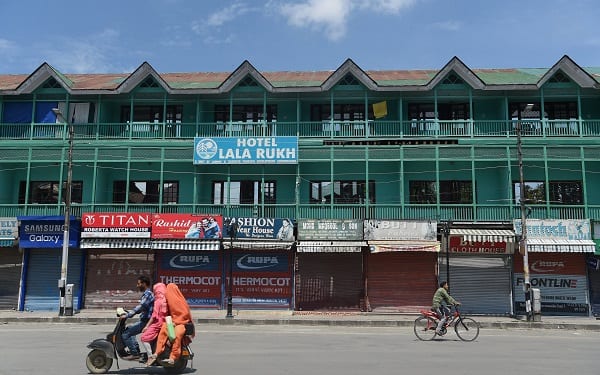 “In the last 120 days we have witnessed how each and every sector has bled … we fear this crisis will further intensify in 2020,” Sheikh Ashiq Ahmed, president of the Kashmir Chamber of Commerce and Industry (KCCI), told (Photo: PUNIT PARANJPE/AFP/Getty Images).

THE Supreme Court on Thursday told the Jammu and Kashmir administration that they may impose restrictions in the name of national interest, but it has to be reviewed from time to time.

A bench headed by Justice N V Ramana, which was hearing a batch of petitions challenging the restrictions imposed in the state following the scrapping of its special status, was told by Solicitor General Tushar Mehta that they were reviewing restrictions on a daily basis.

The bench, also comprising R Subhash Reddy and B R Gavai, asked Mehta about the restriction on Internet in the state.

The solicitor general told the court that restrictions on Internet was going on as the issue has “cross border implications”.

The apex court would hear the arguments on these pleas November 5.