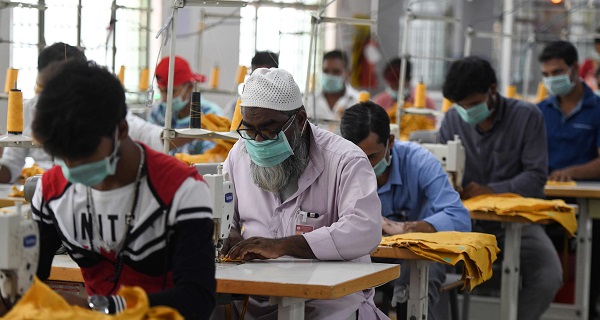 More than two years after the surprise withdrawal of most of India’s currency from circulation, the painful consequences stalk its architect as he seeks another term at the helm of Asia’s third-largest economy.

Prime minister Narendra Modi announced the “demonetisation” in November 2016, justifying the sudden move as a means to flush out cash being hoarded by wealthy tax cheats.

But ordinary businesses reliant on cash were kneecapped, banks thrown into chaos and the entire Indian economy recoiled from what one global lender described as an “acute monetary shock”.

For nearly three weeks the looms stopped spinning in the southern Indian garment factory where he weaved yarn for a living, the business crippled by a sudden cash shortage.

The impact lingers across the country today and Modi’s opponents are tapping into that discontent as voting gets underway this week.

“This one, ill-thought decision destroyed crores (tens of millions) of jobs and drove lakhs (hundreds of thousands) of small enterprises out of business,” Rahul Gandhi, the leader of the main opposition Congress party, told supporters at a recent rally.

It is in industrial hubs across India such as Tiruppur that this message could strike a chord.

Factories that survived the cash ban were forced to immediately pare back costs and growth estimates to absorb the shock.

“Many businesses still have not recovered to pre-demonetisation levels,” said TR Vijaya Kumar, the general secretary of Tiruppur Exporters’ Association.

The economy at large took a hit, with growth slowing.

An estimated 11 million jobs were lost in 2018 as a direct result, according to the Centre for Monitoring Indian Economy.

Modi insisted the pain was necessary and would modernise the economy, raise tax revenues and improve the lives of millions living at the margins.

Demonetisation was a broadside few anticipated.

Many small businesses were still shell-shocked when Modi announced his second major economic reform the introduction of a national consumption tax.

The goods and services tax (GST) was broadly welcomed as a necessary reform to unify India’s more than £1.53 trillion economy into a single market, replacing a patchwork of central and state levies.

But the roll-out was criticised as haphazard and rushed, and for some businesses the double-tap in the wake of demonetisation was too much.

“Everything changed” in the aftermath of these twin policies, said small trader Omar Sharif, in a fabric market in Tiruppur.

“I don’t know about the big traders but small ones, like me, have been badly affected,” he said.

Dhamodharan Ramasamy, the chief executive of garment exporter Season Clothing Industries, said the tax roll out could have been handled more carefully.

“One big issue was that people hadn’t even recovered from the first jolt when they received the second one,” he said.

Congress has sought to exploit this unhappiness within trading communities in the hope of chipping away at Modi’s support.

Gandhi and the opposition have attacked the prime minister’s economic record day after day on the campaign trail, accusing Modi of failing to plan for India’s future and create work for millions of young job seekers.

Critics say the cash crisis disproportionately hit the poor, forcing many to queue for days at banks to convert their savings into legitimate tender.

“The cash ban robbed people of their most basic property rights in quest of a pipe dream,” Gandhi said.

Congress ruled India for much of its post-independence history but was reduced to a rump in the last election by Modi’s Bharatiya Janata Party.

Gandhi is hoping to avoid a repeat of 2014, and analysts say ground could be made up by painting Modi as a reckless economic steward.

“Citizens may not entire understand the new tax regime but they’ll remember the cash ban, which directly affected their daily lives,” Sunil Sinha, principal economist and director with a unit of Fitch Ratings said.

But Parsa Venkateshwar Rao, a veteran journalist and political commentator, said that while demonetisation had been “voodoo economics”, the economy has since recovered and voters have moved on.

“It is a faded memory now,” he said. “Demonetisation is not the main issue in this election.”