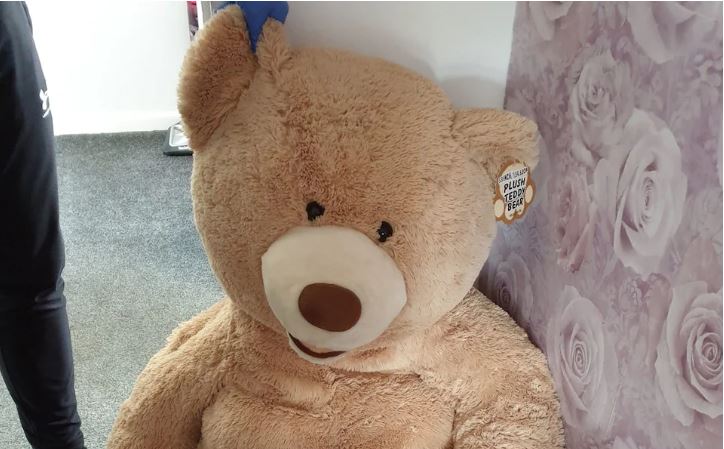 A teen car thief from Rochdale, who tried to escape from police by hiding inside a giant teddy bear, has been jailed for nine months, a statement said.

Joshua Dobson, 18, decided to climb into a five-foot stuffed bear after making a hole in it when the police started searching for him last month.

He was caught when officers noted that the bear in the corner of a room was ‘breathing’, said Greater Manchester Police.

He was jailed for theft of a motor vehicle, driving while disqualified, and leaving a petrol station without paying for fuel, the statement added.

“A wanted car thief who tried using a teddy bear to hide from our neighbourhood cops out looking for him last month has been put behind bars for nine months. Joshua Dobson (18), from the Spotland area of the town, was sought by us after stealing a car in May and not paying for fuel that same day,” said Greater Manchester Police in a Facebook post.

“When we went to arrest him, our officers noticed a large bear breathing in the address before finding Dobson hidden inside!

“He’s now stuffed behind bars after being sentenced last week for theft of a motor vehicle, driving while disqualified, and making off from a petrol station without payment.

“Hopefully he has a bearable time inside…”