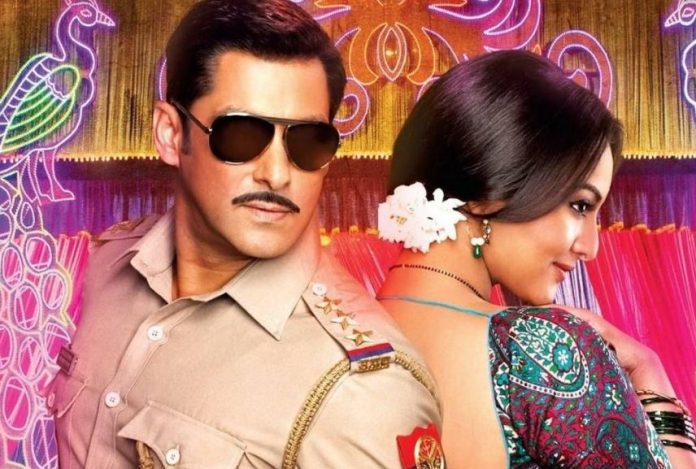 A FEW weeks ago, Salman Khan and Sonakshi Sinha starrer Dabangg 3 went on floors in Maheshwar. Then certain portions of the film were shot in the outskirts of Mumbai where Salman shot with the Sudeep who plays the antagonist in the film.

Now according to a report in a tabloid, the makers are all set to start the next schedule of the film on 15th June 2019 at Mehboob Studios. A source said, “The set designers have erected a bungalow with a balcony facing a lake in the studio. Unlike the two previous instalments which were high on action and drama, Part 3 has a strong family angle taking the story forward.” The source also revealed that around 30 per cent of the film will be shot on this set.

Dabangg 3 is one of the most awaited films of the year. The actor’s fans have been waiting to see him as Chulbul Panday on the big screen for a long time.

Apart from Salman, Sonakshi, and Sudeep, the movie also stars Dimple Kapadia and reportedly, there’s one more actress in the film who will be seen romancing Salman in the movie. However, the makers are yet to reveal who the actress is.

Directed by Prabhudheva, Dabangg 3 is slated to release on 20th December 2019.