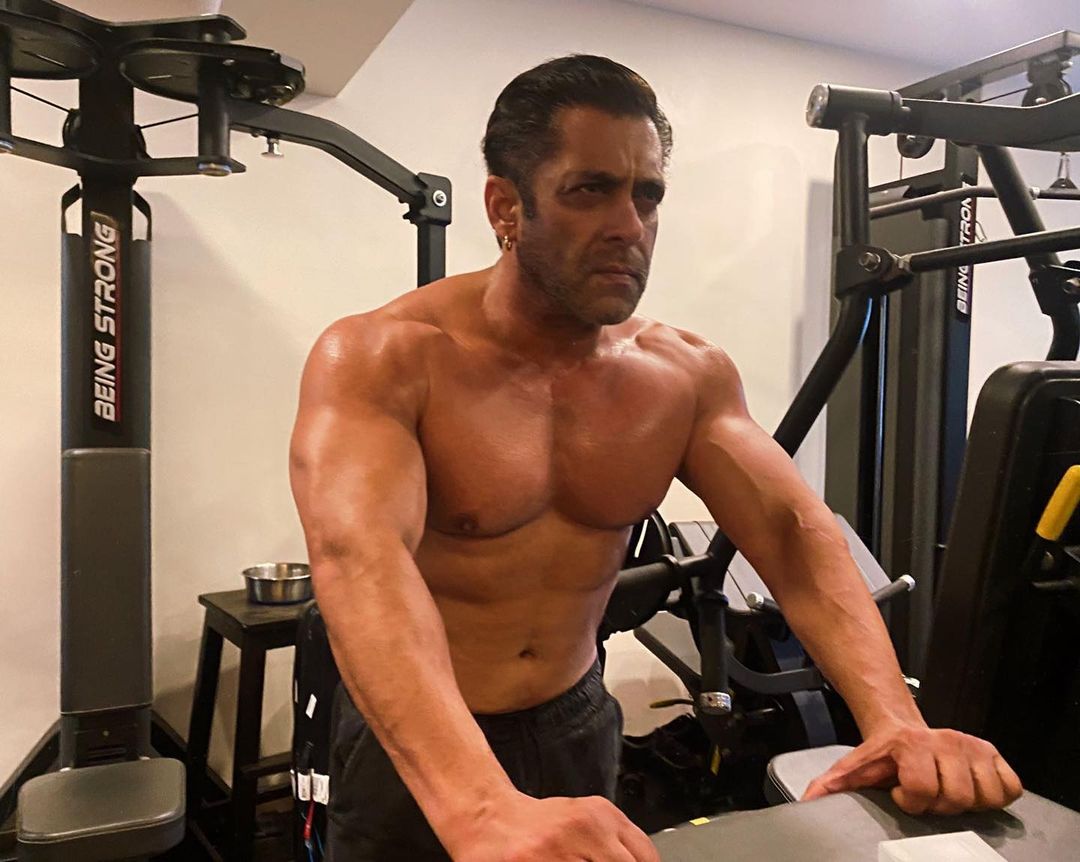 Bollywood superstar Salman Khan has dropped a new shirtless picture on social media, which has sent the internet into a meltdown.

On Tuesday, the superstar took to his Instagram handle and shared another shirtless picture after his workout session, and needless to say, it went viral in absolutely no time, drawing thousands of likes and comments from fans.

The Sultan actor shared the post and wrote in the caption, “Being Strong.”

In the picture, we can see Khan standing shirtless with an intense look on his face. The picture seems to be taken right after the superstar completed an intense workout session.

The moment the superstar shared the picture, his diehard fans went crazy in the comments section and poured in their love for him.

On the work front, Khan will next be seen in his home production Kabhi Eid Kabhi Diwali, which is now titled Bhaijaan. The film also stars Pooja Hegde in an important role. Shehnaaz Gill, Raghav Juyal, Malvika Sharma, Siddharth Nigam, and Palak Tiwari are also on the cast, as per reports.

The superstar also has Yash Raj Films’ Tiger 3 in the pipeline. The film reunites him with Katrina Kaif after Bharat. Emraan Hashmi is also playing a pivotal part in the much-anticipated espionage drama.

Keep visiting this space for more updates and reveals from the world of entertainment.