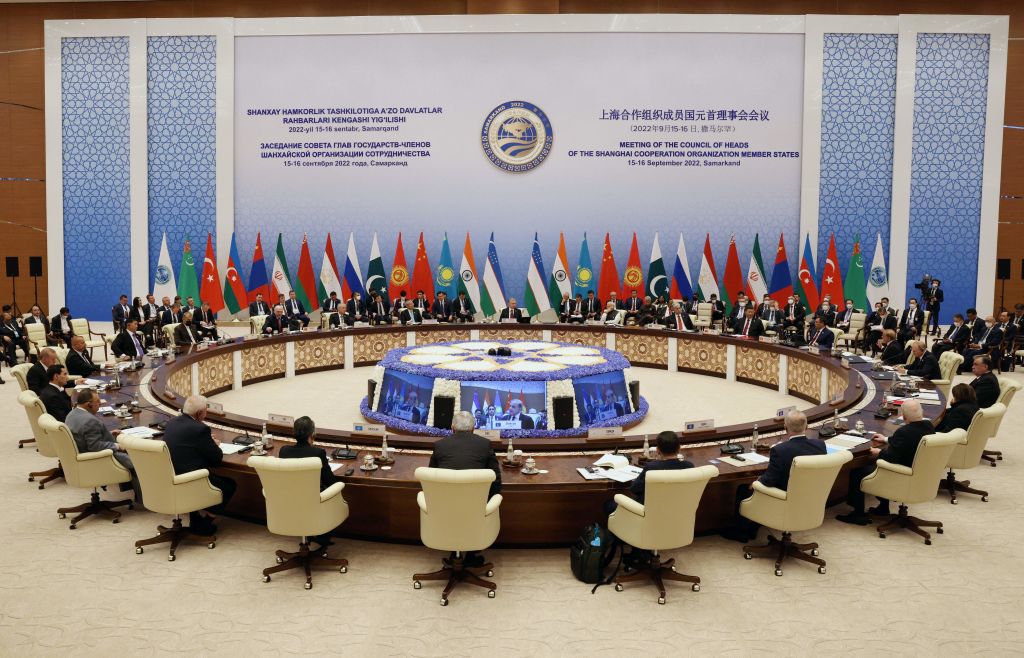 Participants attend the meeting in an expanded format at the Shanghai Cooperation Organisation (SCO) leaders’ summit in Samarkand on September 16, 2022. (Photo by SERGEI BOBYLYOV/SPUTNIK/AFP via Getty Images)

The Shanghai Cooperation Organisation (SCO) countries have emphasised on the necessity of an inclusive reform of the World Trade Organisation (WTO) to be carried out at the earliest, with a focus on adjusting to the current economic reality, the Samarkand declaration of the council of heads of the SCO member states said on Friday (16), Russia’s state-run TASS news agency reported.

“Member states urge to improve the efficiency of the WTO as a key platform for discussing the agenda of international trade and adopting the rules of the multinational trade system. They stress the necessity to carry out the inclusive reform of the organization as soon as possible with a focus on the issues of its development and adjustment to present economic reality, as well as the efficient implementation of the functions of monitoring, talks and dispute settlement,” the document said.

The declaration also said that the SCO nations “confirm the importance of further improving the architecture of global economic management and intend to consistently defend and strengthen an open, transparent, fair, inclusive and non-discriminatory multi-sided trade system based on the principles and rules of the World Trade Organisation,” are against protectionist actions and trade restrictions.

The members of the SCO support efforts to promote regional economic cooperation, and facilitate the creation of favorable conditions for trade and investment for ensuring free movement of goods, capitals, services and technologies, the report added.

In the declaration, Kazakhstan, Kyrgyzstan, Pakistan, Russia, Tajikistan, and Uzbekistan confirmed their support for China’s ‘One Belt and One Road’ initiative in the declaration.