Shah Rukh Khan To Get Honorary Doctorate From Australian University 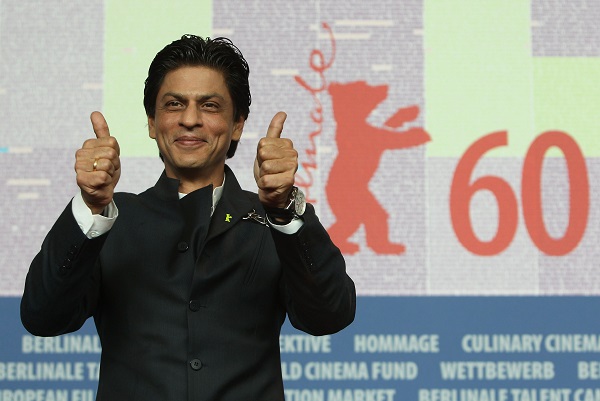 “I’m proud to be conferred with a great university like La Trobe which has a long-standing relationship with Indian culture and impressive track record in advocating for women’s equality,” Khan was quoted by the university’s statement on Monday (15) (Photo: Sean Gallup/Getty Images).

BOLLYWOOD superstar Shah Rukh Khan is set to receive an honorary doctorate degree from Melbourne-based La Trobe University for his contributions and efforts towards underprivileged children, women’s empowerment through Meer Foundation and his achievements in the Indian entertainment industry.

Khan, who will be visiting Australia to attend the 10th edition of Indian Film Festival of Melbourne (IFFM) next month as its chief guest, said having his humanitarian endeavours recognised for the first time by the country was a great honour.

La Trobe University is the first Australian university to award Khan with an honorary degree, doctor of letters (honoris causa).

“I’m proud to be conferred with a great university like La Trobe which has a long-standing relationship with Indian culture and impressive track record in advocating for women’s equality,” Khan was quoted by the university’s statement on Monday (15).

“I feel truly privileged to receive this Honorary Doctorate and I would like to sincerely thank La Trobe for choosing to recognise my achievements in such a humbling way,” he added.

IFFM director Mitu Bhowmick said the festival was lucky to have the university as a partner.
“The university shares our festival’s core values of inclusion, diversity and cultural growth,” Bhowmick said, adding “To be a part of this magnificent celebration of Mr Shah Rukh Khan’s amazing work, with La Trobe, is a matter of great joy and pride for the festival.”

La Trobe will present Khan with his Honorary Doctorate ?on August 9 at its Melbourne campus in Bundoora.        T

“Khan is a champion of societal change whose efforts to support the equality of women in India reflect La Trobe’s values of inclusiveness, equity and social justice,” Dewar said.

As the only Victorian university to teach Hindi language and cinema studies Dewar said it was a natural fit for La Trobe to be the exclusive Learning Partner for the IFFM.

“In the past eight years we have been proud to host India’s iconic film stars including Amitabh Bachchan, Vidya Balan and Rajkumar Hirani with the Indian Film Festival of Melbourne at La Trobe,” Dewar added.