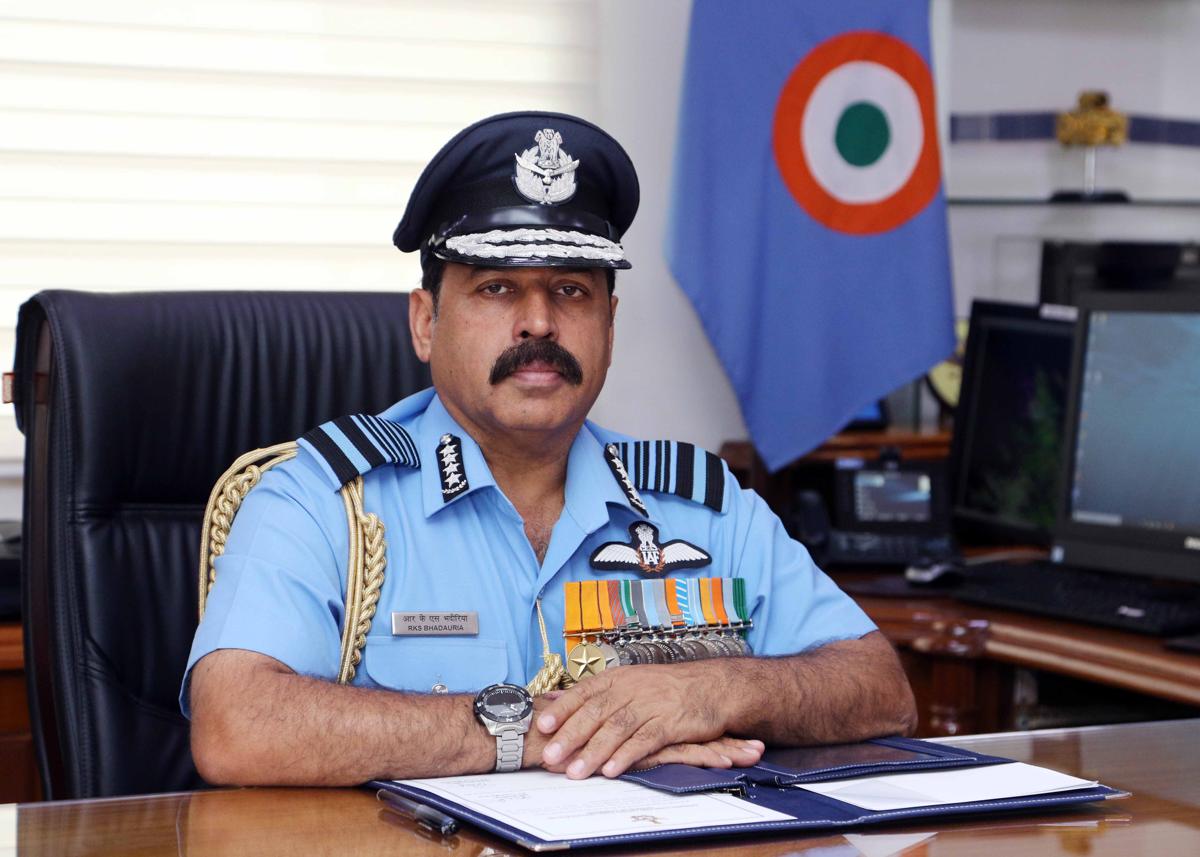 Chief of the Air Staff Rakesh Kumar Singh Bhadauria on Friday described as a “big mistake” the IAF shooting down its helicopter in Kashmir on February 27, when Indian and Pakistani forces were engaged in a dogfight.

The newly appointed head of Indian Air Force (IAF) said disciplinary action is being taken against officers held responsible for the incident.

A surface-to-air missile of the Indian Air Force brought down the Mi-17 aircraft in Budgam in the Kashmir Valley, killing six IAF personnel on board the chopper and a civilian on the ground.

The court of inquiry (CoI) ordered into the incident has completed its probe and it has been established that the helicopter was hit by IAF’s own missile, Bhadauria, who took over as chief of the Air Force on Monday, said while addressing his first press conference.

“It has been established that the helicopter was hit by our own missile. We have already taken administrative action. Disciplinary action is being taken against two officers. We admit that it was a big mistake and necessary steps have been taken so that such incident does not recur,” he said ahead of Air Force Day on October 8.

Before the press conference, the IAF showed representational video clips of the Balakot strike.

Administrative action has already been taken against four officers held responsible for the helicopter crash by the CoI.

Earlier, military sources said the probe found that the ‘Identification of Friend or Foe’ (IFF) system on-board the helicopter was switched off and there were “vital gaps” in communication and coordination between the ground staff and the crew of the chopper.

The IFF helps air defence radars identify whether an aircraft or helicopter is friendly or hostile.

The helicopter crashed in Budgam around 10 am on February 27 when Indian and Pakistani fighter jets were engaged in fierce aerial combat in Nowshera, a day after India’s air strike on a Jaish-e-Mohammed terrorist training camp in Balakot in Pakistan.

The helicopter went down around 10 minutes after taking off.

Official sources said the helicopter was asked to return because of the dogfight 100 km away from Srinagar. A missile was fired at the helicopter as the IAF ground staff thought it was an enemy chopper.

The IAF headquarters had ordered a CoI into the incident under an Air Commodore-ranked officer.

In early May, the IAF transferred the Air Officer Commanding (AOC) of Srinagar base to ensure a thorough probe into the incident.

Sources said the CoI was also specifically focusing on examining the role of various people, including those controlling the air defence system when the helicopter was hit by the surface-to-air missile.