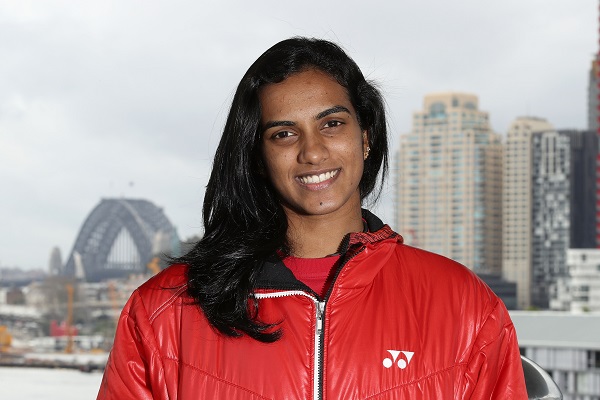 Kim, a former South Korea international and coach, sat by the courtside as Sindhu thrashed 2017 champion Okuhara 21-7 21-7 in one of the most lop-sided finals in the history of the tournament to lift her maiden World Championships title in a third straight attempt (Photo: Mark Kolbe/Getty Images).

INDIA’S P V Sindhu’s demolition of Japan’s Nozomi Okuhara in the World Championship final was “perfect execution” of a strategy which included putting a halt to the Indian ace’s tendency to be repetitive, says the country’s foreign badminton coach Kim Ji Hyun.

Kim, a former South Korea international and coach, sat by the courtside as Sindhu thrashed 2017 champion Okuhara 21-7 21-7 in one of the most lop-sided finals in the history of the tournament to lift her maiden World Championships title in a third straight attempt.

“Perfect execution! I was so happy (with) how she played!” Kim, who joined the Indian coaching set-up in March this year, was quoted as saying by Badminton World Federation (BWF).

“I mean, yeah! That’s the way I play when I play against her. I feel over the moon because we did it!”

Kim, who changed her name to Ji Hyun Marr, but is better known worldwide by her maiden name, was handed the responsibility to sharpen the skills of former world No.2 Sindhu with the World Championships and Olympics in mind.

“I got the job offer and I decided to go. Five months later, we’ve got a world champion in Sindhu!,” said Kim, who was among the coaches sacked last September by the Badminton Korea Association for the national team’s failure to win medals at the Jakarta Asian Games.

“She had more individual training. We worked on her net skills and deception for hours. Everyone knows she’s a great player but she was doing the same things over and over in matches,” said Kim, who is in the 20th year of her coaching career.

“To change your ways, you have to see them. I video-taped her and then I stopped the rally and asked her which shot she’s going to hit,” explained Kim, adding that they also worked on her “anticipation and being ready for the follow-up shot”.

Sindhu, who had undergone rigorous training under Kim ahead of the World Championships, heaped praise on her Korean coach.

“It has been good. I am happy with my performance. With Kim, I have a good communication,” Sindhu said.

“She pointed out a few mistakes that I was doing at the net, and overall, so I had to improve on that aspect. Her mindset and thinking is different and she motivates me a lot.
“Every coach has a different approach and I got used to her quickly. She joined after All England, so it took some time to get used to her way. Now we understand each other well.”