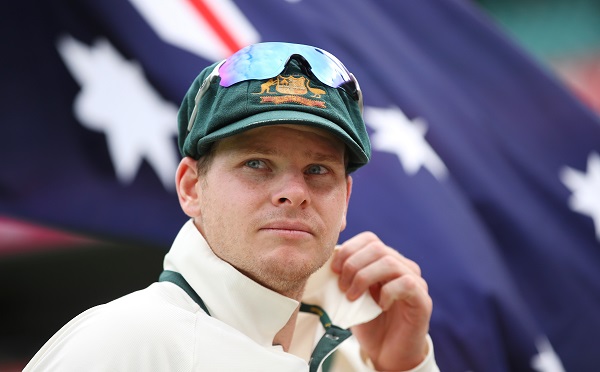 The 29-year-old Smith, who underwent elbow surgery earlier this year, top-scored with 73 not out for Rajasthan Royals in their relatively meagre total of 139 for three in Jaipur (Photo: Cameron Spencer/Getty Images).

Former captain Steve Smith laid to rest any concerns about his fitness and form ahead of the naming of Australia’s World Cup squad with his first half century of this year’s Indian Premier League (IPL) on Sunday (7).

The 29-year-old Smith, who underwent elbow surgery earlier this year, top-scored with 73 not out for Rajasthan Royals in their relatively meagre total of 139 for three in Jaipur.

Smith’s innings lasted just 59 balls but he was relatively circumspect at the start against some tight bowling from spinners Piyush Chawla and Sunil Narine.

West Indies all-rounder Narine (47) then combined with Australia’s Chris Lynn (50) in a 91-run opening partnership in 8.1 overs to set up an eight-wicket victory with 37 balls to spare.

Despite the loss, Smith’s innings would have pleased Australia’s selectors as they mull over their squad for the defence of the one-day World Cup in England and Wales.

Instead of a traditional all-out attacking innings normal in the Twenty20 format, Smith worked the ball into gaps and had scored just 39 runs from his first 40 balls before he accelerated in the final overs.

The innings drew some praise from West Indies batting great Brian Lara during the commentary of the match.

“He is not a big-hitter of the ball,” Lara said. “He’s not an Andre Russell or a Ben Stokes. He gets the gaps. I respect him.”

Former England captain Michael Vaughan also tweeted that a six by Smith off Narine would put to bed any concerns over the elbow. Smith’s 12-month international ban for ball tampering only ended 10 days ago and he has started slowly with scores of 20, 28 and 38 in his three matches before Sunday’s innings.

He had been playing mostly Twenty20 tournaments around the world during the ban. He also played club cricket in Sydney before having the surgery.

Both Smith and former Australia vice-captain David Warner missed last year’s IPL following the imposition of the bans by Cricket Australia for their roles in the ball-tampering scandal that rocked their national team.

Australia are expected to name their team for the defence of their World Cup title over the next week, with the 15-man squads needing to be finalised by April 23.