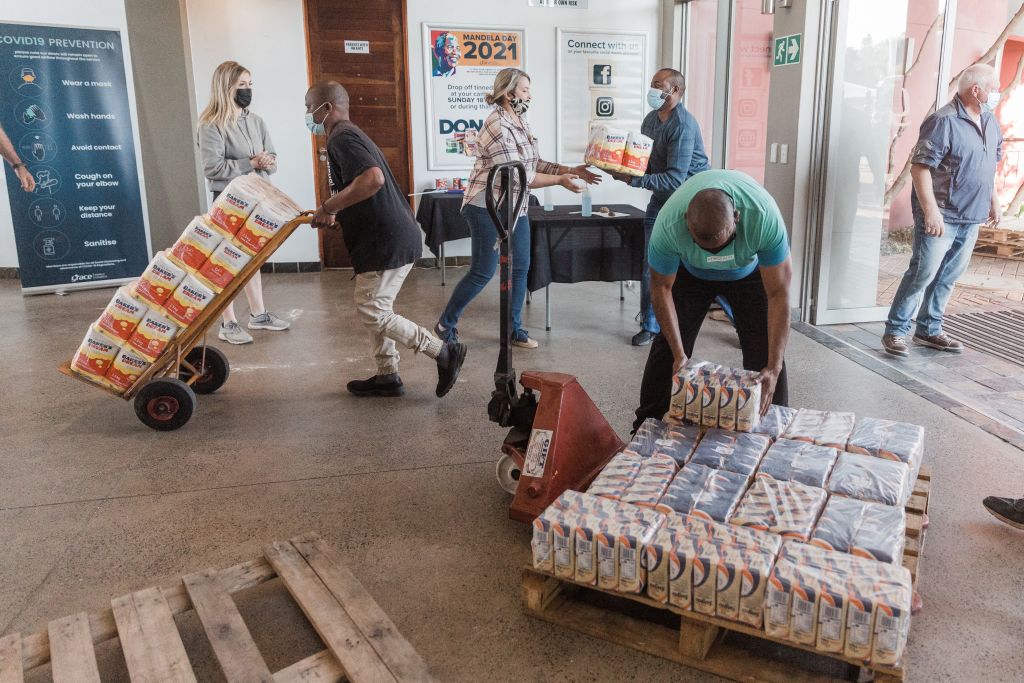 Volunteers from Al Waqf Soup Kitchen prepare to make soup to provide to members of the public in violence-hit Durban. (Photo by RAJESH JANTILAL/AFP via Getty Images)

AROUND 40,000 businesses in South Africa were looted and burnt during riots that erupted after the jailing of ex-president Jacob Zuma on July 8, the government said.

The rampage which covered KwaZulu-Natal province and Johannesburg witnessed ransacking of hundreds of shopping centres and warehouses.

This has given another blow to the country’s economy which is already struggling with the coronavirus pandemic.

Total loss to the national economy is estimated at 50 billion rand (£2.5bn), as per government data.

He added that more than 200 shopping centres and 100 malls were looted or burnt, while at least 1,400 ATMs were damaged and 300 banks and post offices vandalised in the southeastern province during riots.

Besides, 90 pharmacies were destroyed “beyond revival”.

Ramaphosa told business leaders Tuesday (20) that “there is virtually no part of the economy that has not been affected by the violence”.

He admitted that the government was “not sufficiently” prepared for violence of this scale and that security forces could have responded quicker.

The violence has abated after claiming 215 lives, the government said, with no incident reported over the past 24 hours.

The unrest erupted after Zuma began serving a 15-month jail term for snubbing a corruption inquiry.

On June 29, Zuma was sentenced for failing to appear at the corruption inquiry led by deputy chief justice Raymond Zondo in February.