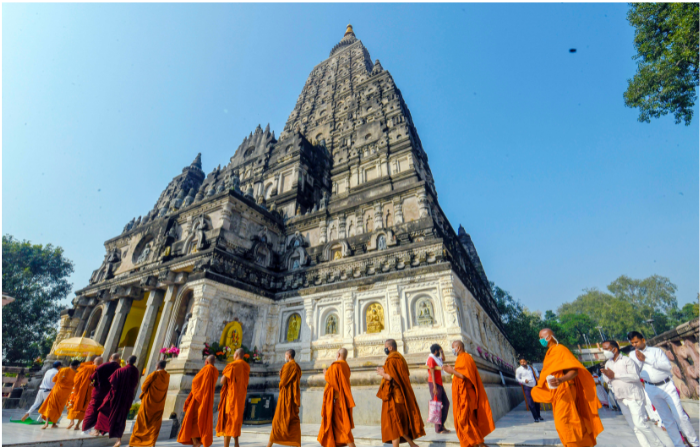 Mahabodhi temple at Bodh Gaya in Gaya in the eastern Indian state of Bihar. (ANI Photo)

A SPECIAL National Investigation Agency (NIA) court in the Indian state of Bihar on Wednesday (9) convicted a member of Bangladeshi terror outfit Jamaat-ul-Mujahideen Bangladesh (JMB) in connection with serial explosion at the Mahabodhi Temple Complex in Bodh Gaya, a popular tourist spot, in 2018.

Jahidul Islam was convicted under sections of the Indian Penal Code, the Unlawful Activities (Prevention) Act, the Explosive Substance Act and the Foreigners Act, an NIA official said.

The quantum of punishment against him would be announced in due course, the official added.

The case was registered in February 2018 and pertains to planting of three improvised explosive devices (IEDs) in and around the premises of the temple, the official said.

In December last year, a special NIA court in Patna, the capital of Bihar, handed life term to three accused and 10-year imprisonment to five others in connection with the case.

Two more live IEDs were found near Srilankan Monastery and at the stairs of the gate number 4 of Mahabodhi Temple, NIA sources said.

The convicts hatched a conspiracy by way of planting improvised explosive devices at the temple complex during a visit of the Dalai Lama and the governor of Bihar, according to the NIA official.