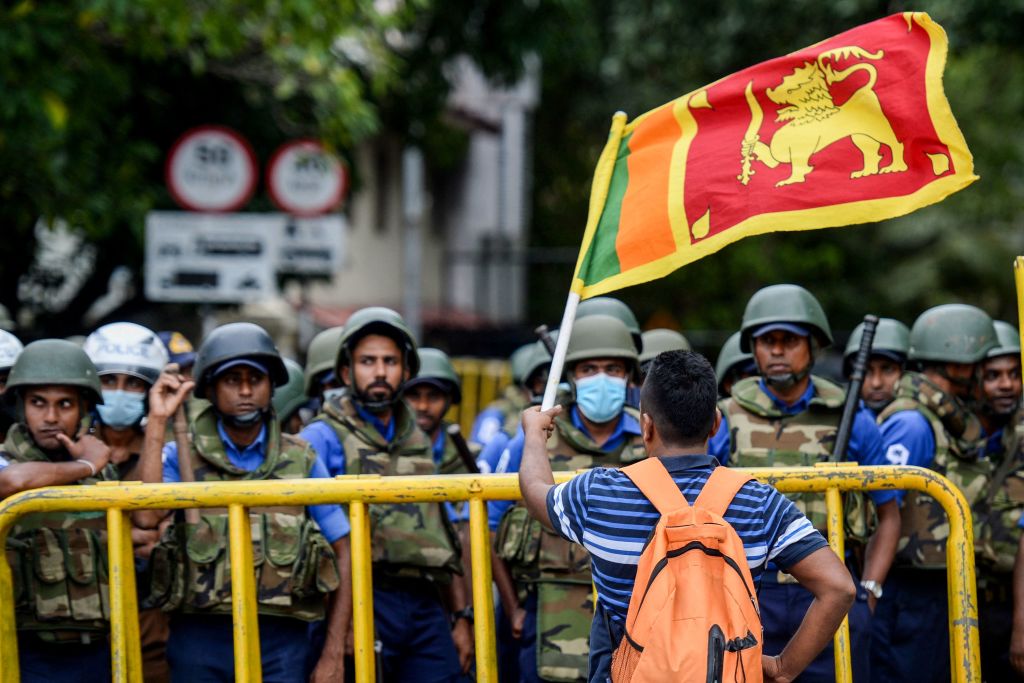 A demonstrator waves a Sri Lankan flag near police barriacdes during a protest in Colombo on July 22, 2022. (Photo by ARUN SANKAR/AFP via Getty Images)

A British woman Instagrammer who was in Sri Lanka has been asked by the authorities to leave the country before Monday (15) for participating in the recent anti-government protests, according to a media report on Thursday (11).

Officials from the immigration and emigration department seized the passport of Kayleigh Fraser for examination on August 2 to check if she had violated any of the visa conditions while staying in the crisis-hit country, the Daily Mirror newspaper reported.

She was in the country apparently for medical reasons, the report said.

She was also asked to visit the office of the Immigration and Emigration Department within seven days for an investigation. Fraser, who is on Instagram, had posted images and videos of the recent ‘GotaGoHome’ mass protest campaign held at “Galle face” on her account.

After the investigation, the department terminated her visa and asked her to leave the country by August 15, the report said.

Sri Lanka has been facing an unprecedented economic and political turmoil since April this year. The country has seen massive anti-government protests leading to the resignation of then prime minister Mahinda Rajapaksa and his younger brother, former president Gotabaya Rajapaksa for mishandling the country’s worst economic crisis.

The protesters had made Galle Face in Colombo their main protest campsite and named it “Gota Go Home Village”. On Wednesday (9), the protesters left Galle Face where they had been staging anti-government sit-ins since April 9.