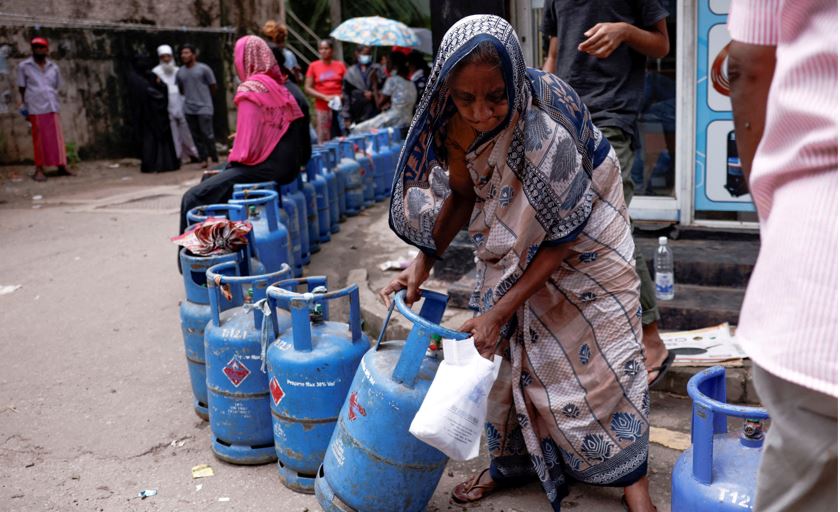 BANKRUPT Sri Lanka will reserve a portion of its scarce fuel supplies for the cremation of Buddhists, whose funeral rites have been disrupted during a dire economic crisis.

The island nation’s 22 million people have faced months of food, petrol and medicine shortages after traders ran out of money to import essentials.

Local media reported that several cemeteries outside the capital Colombo had cancelled cremation services after running out of liquefied petroleum gas, instead offering burials to bereaved families.

A gas shipment that arrived in port on Tuesday (14) will be allocated to cemeteries and other priority industries, including Sri Lanka’s flagging tourism sector.

“We will supply bulk users — that is hotels, hospitals and crematoriums,” prime minister Ranil Wickremesinghe said Tuesday, adding that another shipment was expected in two weeks to supply households.

Most of Sri Lanka’s people are Buddhist, whose adherents are traditionally cremated, while its minority Christians and Muslims opt for burials.

Last year, the government was criticised for suspending burials and forcing Muslim mourners to cremate their loved ones under Covid-19 pandemic rules.

Sri Lanka is weathering rampant inflation and the cost of dying has risen sharply.

A one-day funeral service that cost $1,900 in December is now more than double, excluding crematorium charges.

Unrelenting fuel shortages have severely impacted power generation and transport since the end of last year, with regular blackouts across the island and long queues of motorists outside filling stations.

Wickremesinghe said Sri Lanka would only be able to meet 50 per cent of its usual fuel demand over the next four months, and the government is unveiling a rationing system in July.

The prime minister added that an IMF delegation was expected to visit the country on Monday (20) to continue talks on Sri Lanka’s request for an urgent bailout.

Sri Lanka announced a default on its $51 billion foreign debt in April and the government says it needs $6bn to keep the economy afloat.