State Bank Of India To Raise Rs 70bn Via Bonds 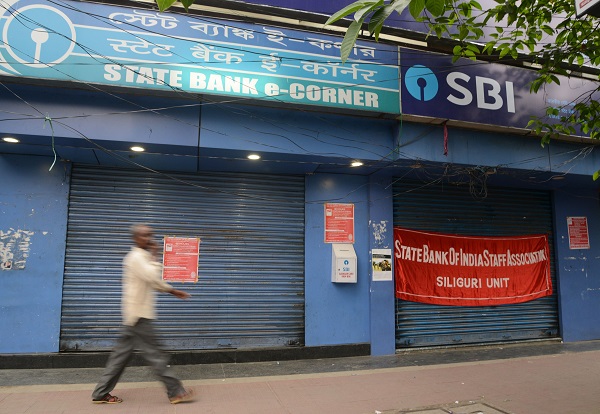 The bonds could be either in rupee or any other convertible currency through a public offer or private placement to overseas or Indian investors, it said (Photo: DIPTENDU DUTTA/AFP/Getty Images).

The central board at its meeting held on Monday (1) accorded approval to raise AT 1 Capital up to an amount of Rs 70bn by way of issuance of Basel-lll compliant debt instrument, SBI said in a regulatory filing.

The bonds could be either in rupee or any other convertible currency through a public offer or private placement to overseas or Indian investors, it said.

It could be raised in one or more than one tranches, it said, adding that the bank will obtain government’s concurrence in this regard.

Under the Basel-III norms, AT-1 bonds come with loss absorbency features, meaning that in case of stress, banks can write off such investments or convert them into common equity, if approved by the Reserve Bank of India.

AT-1 bonds, which qualify as core or equity capital, is one of the means of raising capital by public sector banks to meet global capital adequacy norms (Basel III).