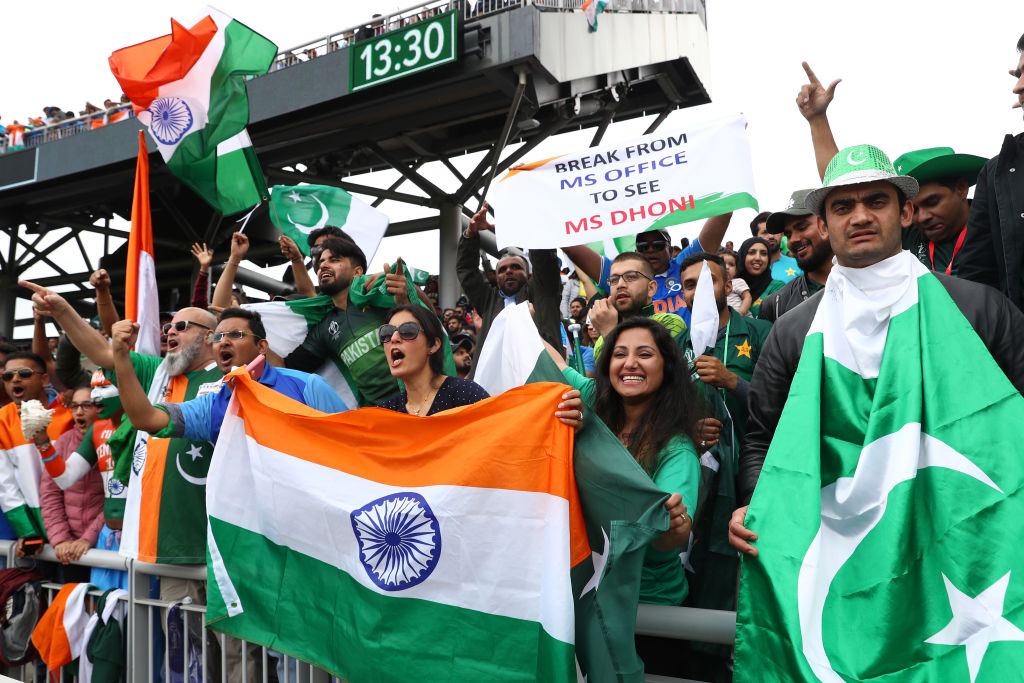 Supporters of the Indian and Pakistani cricket teams at a game between the two arch-rivals.(Photo by Michael Steele/Getty Images)

The 2022 edition of the Asia Cup is scheduled to kick off in Dubai, the United Arab Emirates (UAE), on August 27 when former champions Sri Lanka will take on Afghanistan. However, the top attraction of the T20 tournament remains the clash between arch-rivals India and Pakistan in a Group B clash in Dubai on August 28.

The tournament, which was initially scheduled to take place in Sri Lanka before the island-nation expressed its inability to host it owing to continuing economic and political tensions, will conclude on September 11 when the final will be held in Dubai. Most of the matches will be held in Dubai while Sharjah will host three — all being group fixtures.

While Rohit Sharma led India to lifting the crown in the 2018 edition in the absence of then captain Virat Kohli, former India captain Mahendra Singh Dhoni was in charge when India won the tournament in 2016.

Jay Shah, secretary of the Indian cricket board — the Board of Control for Cricket in India — shared the Asia Cup’s schedule on Twitter.

The wait is finally over as the battle for Asian supremacy commences on 27th August with the all-important final on 11th September.

The 15th edition of the Asia Cup will serve as ideal preparation ahead of the ICC T20 World Cup. pic.twitter.com/QfTskWX6RD