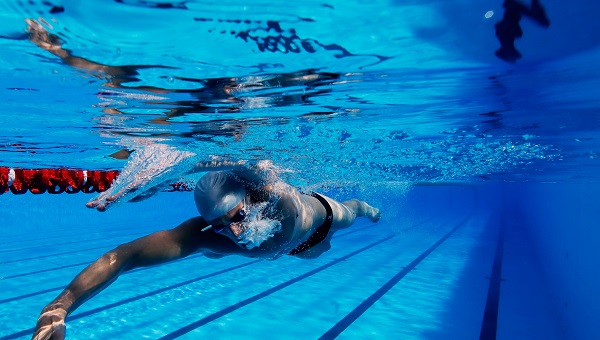 Surajit Ganguly, a coach employed with the Goa Swimming Association (GSA), has been accused of molesting a 15-year-old girl who was training under him (Photo: Al Bello/Getty Images).

INDIAN state Goa-based swimming coach has been sacked after a minor girl accused him of molesting her, a purported video of which went viral on social media, prompting Indian sports minister Kiren Rijiju to also step in and promise stringent action.

Surajit Ganguly, a coach employed with the Goa Swimming Association (GSA), has been accused of molesting a 15-year-old girl who was training under him.

In a series of Tweets, Rijiju assured that strict action will be taken against Ganguly.

“I’ve taken a strong view of the incident. The Goa Swimming Association has terminated the contract of coach Surajit Ganguly. I’m asking the Swimming Federation of India to ensure that this coach is not employed anywhere in India. This applies to all Federations & disciplines,” he Tweeted.

“A stringent action will be taken through Sports Authority. Firstly, it’s a heinous crime of serious nature so I’ll urge the Police to take stringent penal action against the coach urgently.”

The GSA confirmed that Ganguly’s contract has been terminated.

“…we terminated Surajit’s contract immediately after watching the video. Both the girl and coach are from Bengal,” GSA Secretary Syed Abdul Majid said.

Ganguly was appointed by the GSA about two and a half years ago for its Mapusa facility.
“We had appointed him because he had a good track record as a coach. There have been no prior complaints against him,” he added.

In the year 2017, Goa Legislative Assembly had even moved a motion congratulating him along with other coaches for bringing “pride and glory to swimming and diving sports and to the state.”

The West Bengal Police confirmed that the girl has lodged a complaint and the case is now being handled by their counterparts in Goa.

“Based on the version given by the girl, we have lodged a formal complaint yesterday. But since the case falls under the Goa police jurisdiction, it has been transferred there. Goa police is probing it,” a police official said in Kolkata.