Taiwan To Improve Ties With India 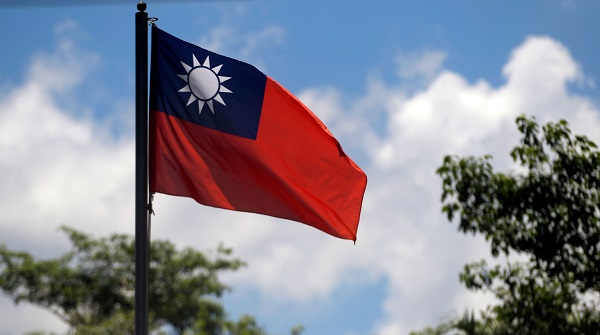 After India’s general election results on May 23, the two countries will strengthen trade and cultural ties, Chung Kwang Tien, the representative of the Taipei Economic and Cultural Centre in India said (Photo: MARVIN RECINOS/AFP/Getty Images).

TAIWAN will strengthen ties with India’s new government, including more official visits, a top official of the self-ruled island said today (8), despite China’s continuing efforts to isolate what it considers to be a wayward province.

Taiwan, an island 110 miles (177 kilometres) off the Chinese mainland, is trying to reduce its reliance on Beijing, which maintains that it does not qualify for formal diplomatic ties with any country.

Beijing does not generally object to other countries maintaining trade and economic ties with Taiwan, however.

After India’s general election results on May 23, the two countries will strengthen trade and cultural ties, Chung Kwang Tien, the representative of the Taipei Economic and Cultural Centre in India said.

The centre in the Indian capital operates as a de facto embassy, helping Indian and Taiwanese companies to expand business ties and easing discreet dialogue between government officials.

“Our relations are pretty good. One of our projects (is) to promote visits of high-ranking officials,” Tien said in an interview.

That policy could further test New Delhi’s relationship with Beijing, which protested against the 2017 visit of a three-member Taiwan parliamentary delegation to India.

India and China had a tense military standoff in 2017 over a contested border region, while India’s large deficit with its northern neighbour has also strained relations.

Tien said India ranked among the highest priorities in Taiwan’s new southbound policy that focuses on strengthening ties in the areas of culture, tourism, education, and trade with 18 southeast and south Asian countries.

“Even without a diplomatic relationship, our substantial relations are very strong, stronger than with some countries with whom we have formal relations,” he added.

About 100 Taiwan companies in the electronics, artificial intelligence, healthcare and food processing industries will participate in a trading exhibition, the second Taiwan Expo, set to be held in New Delhi next week, he said.

Taiwan has opened four trade offices in India in the last few years and two-way trade has risen more than six-fold since 2000 to stand at more than $7 billion in 2018.

Investment by Taiwanese companies touched nearly $1.5bn, mainly in the electronics and other manufacturing sectors.

Taiwan has also sought India’s help in its bid to join the World Health Organisation, he said.

Taiwan has set up 14 language centres in Indian universities and other educational institutions to promote the Chinese language, training about 6,000 students, and awarding scholarships.