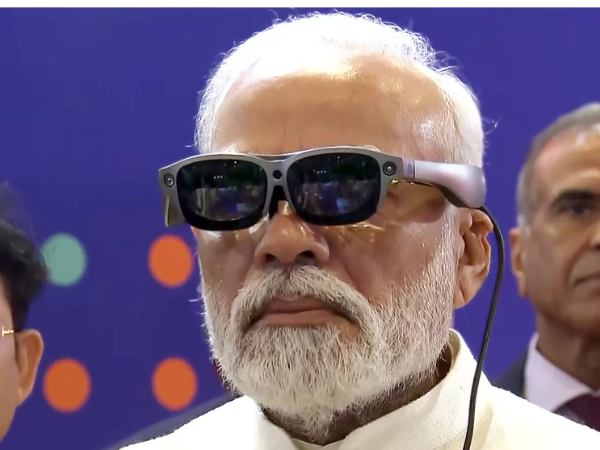 Indian prime minister Narendra Modi during the inspection of an exhibition prior to the launch of 5G services, at Pragati Maidan, in New Delhi on Saturday, October 1, 2022. (ANI Photo)

Indian prime minister Narendra Modi on Saturday (1) launched 5G technology services in India and said technology has become democratic in its truest sense since even the poor of the country have always come forward in adopting new technologies.

He said that this is a major step in the vision of ‘Digital India’ and ‘Aatmanirbhar Bharat‘ (self reliant India).

“Talking about ‘Digital India’, some people think that this is just a government scheme. But ‘Digital India’ is not just a name, it is a big vision for the country’s development,” Modi said while inaugurating the sixth India Mobile Congress at Pragati Maidan in New Delhi and launching 5G services.

He added that the goal of this vision is to take that technology to the common people, which works for the people, works with the people.

“I have seen even the poor of the country always come forward to adopt new technologies… Technology has become democratic in its truest sense,” he stated.

Modi said there was a time when a handful of elite people doubted the potential of digital for the poor.

“Many people made fun of my vision of ‘Aatmanirbhar Bharat‘…a handful of elite people used to think digital is not for the poor. Go see what political leaders used to say in Parliament. But I had the conviction in the inquisitiveness of the common public,” he said.

“I have always had faith in the understanding of the country’s common man, his conscience, and his curious mind,” he further stated.

PM Modi said he saw a video where he saw a beggar was taking digital payment. “See his transparency,” the prime minister added.

Modi said that the number of internet users in villages is increasing faster than in urban areas.

He also recalled an event when as chief minister of Gujarat, he attended an event in a remote village and was surprised to see tribal women taking photos on their mobiles.

“I was so surprised. I went to them and asked them what they will do with these photos. They said, ‘download karenge‘ (we will download). They knew the word ‘download’,” Modi said.

The prime minister said that in 2014, there were only two mobile manufacturing units in India but now there were over 200.

PM Modi urged industries, and startups to explore how 5G can be brought to everyday life beyond calling and watching videos. “It should become a revolution. It should not be confined only to watching reels,” he added.

Earlier on Saturday, the prime minister inspected an exhibition at Pragati Maidan.

The three major telecom operators of the country demonstrated one use case each in front of Modi to show the potential of 5G technology in India.

Unlike existing mobile communication networks, 5G networks will allow tailoring of requirements for each of these different use cases within the same network.