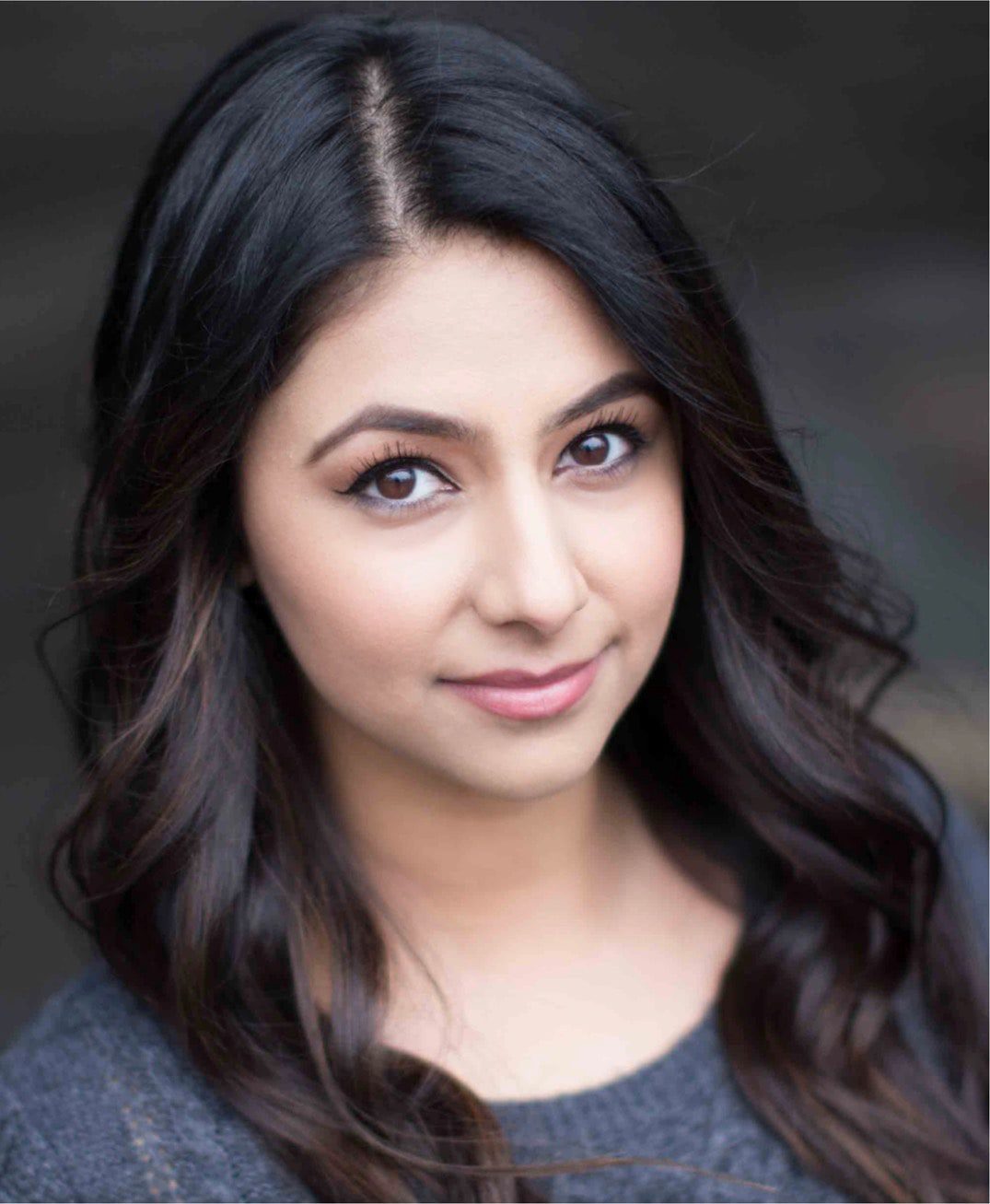 A BIG highlight of this year’s London Indian Film Festival is the world premiere of Little English.

The British Asian comedy based on hit play There’s Something About Simmy marks the directorial debut of acclaimed theatre maestro Pravesh Kumar and sees rising star Rameet Rauli take on the challenging lead role. Best known as Anya Patel in Nickelodeon’s popular teen series Ride (2018), the naturally gifted actress plays Simmy, a newly arrived girl from India who has come to marry the eldest son of a London-based family. But after he runs away, Simmy is left with a dysfunctional Punjabi family ruled by a domineering mother-in-law and must use her smart nature to survive in the hostile new world she finds herself in.

Eastern Eye caught up with Rameet to discuss the experience of taking on a lead role in Little English and what audiences can expect. She also revealed her acting heroes and what it was like shooting during a pandemic.

How did you feel being cast in the film?
Ecstatic, happy, grateful for the opportunity and then there were definitely some tears! I’ve grown up watching Pravesh’s work and now had the chance to work with him on his first feature film. A big deal and blessings for the little girl who went to see his plays and realised I could do that one day too.

Tell us about the film and character you play?
(Laughs) Not sure how much I can tell you. But Little English is a film about a very interesting family. It’s an uplifting romantic-comedy with a heart-warming story and an all-British Asian cast. I play the role of Simmy, who is a young bride, arriving from India to start her new life in UK. But this new life isn’t as she expected, and things don’t go according to plan! Cut to some unexpected turn of events and hilarious characters. For the rest you will have to watch the film.

What is your own favourite moment in the movie?
The Bollywood moment! Simmy has a ‘running in the field’ scene, in a Punjabi suit where her chunni grazes the grass, maybe in slow-mo, who knows! But I had dreamt of that sequence for a long time and am so blessed that I got to do it in reality. Viraj Juneja (who plays Harry) and I had so much fun filming that day. We were so lucky to have the talented Andy Kumar help choreograph that running sequence.

Which other moments did you enjoy?
The big family scenes were also special because all the cast would be together, and I don’t know if you know but there are some legends of British Asian film and TV in this movie.

What kind of audience are you hoping connects with this film?
I’d like to think that there’s something for everyone in this movie. It is a family film, and we will all recognise these characters from our own relatives. We all have that one ‘merry’ uncle, snobbish sister-in-law, aunts with top detective skills. I also hope this film speaks to women, especially young Indian women. Typically, Indian women in cinema are portrayed as not having much of a voice, and I think we have flipped the narrative here. Simmy is not a damsel in distress waiting to be rescued. She is her own hero, who finds her own feet and paves her own way.

What was it like shooting for a film during the Covid pandemic?
The filming process was a strange one for all. Lots of new procedures to follow and no hugs! We tried to stay in our shoot bubbles and restricted any social mixing during the shoot. We heard lots of productions had to shut down due to outbreaks, so we were really careful about testing and not mixing. We became a tight unit, cast and crew, which was helpful to battle Covid, as well as in the working process of making the film. We were really lucky that we managed to make it through the schedule without an outbreak.

How do you feel about the film premiering at London Indian Film Festival?
I am absolutely ecstatic but also very nervous! It’s an honour to have our film premiere at The London Indian Film Festival. It’s a huge festival and a great opportunity for our audience to see the film. As well as the prestigious BFI screening, we also have the opportunity for the film to travel to Manchester, Birmingham, and another London venue. I feel it’s the perfect start to the film’s journey.

What are the kind of movies that you enjoy watching?
I love using movies to help me escape into other worlds. It really depends on how I’m feeling in the moment. I get really affected by what I watch, so select accordingly. On a difficult day, I love to watch comedy. On other days, I love a good thriller. But cheesy romantic movies are my current go-to, especially after a long shoot day.

Who is your own acting hero?
Ahh, so many and too many to list! But from the top of my head Tom Hanks, Mark Rylance, Dharmendra, Vidya Balan, Sridevi, Kathy Bates, Emily Blunt, and Priyanka Chopra. Can I go on?

What inspires you as an actress?
Strong female leads.

Why do you think we should all watch Little English?
This film celebrates British south Asian cinema. I think everyone watching will be able to see a version of themselves or their family in a story that reflects living in the UK. At the film’s heart, we have a family with problems, trials, and tribulations, which a lot of people will relate to. We have some absolute OGs of British Asian film and TV. Ameet Channa, Goldy Notay, Shin (DCS) and so many more. It will leave you crying, laughing, and wanting some diet cola.

Little English is set to be screened at the London Indian Film Festival next Friday (24, BFI Southbank) and June 30 (Picturehouse Central).

Dishoom’s founder among guests of YouTube series Dialogues of Diaspora