‘This is a chance to help bridge divides, if we choose to take it’ 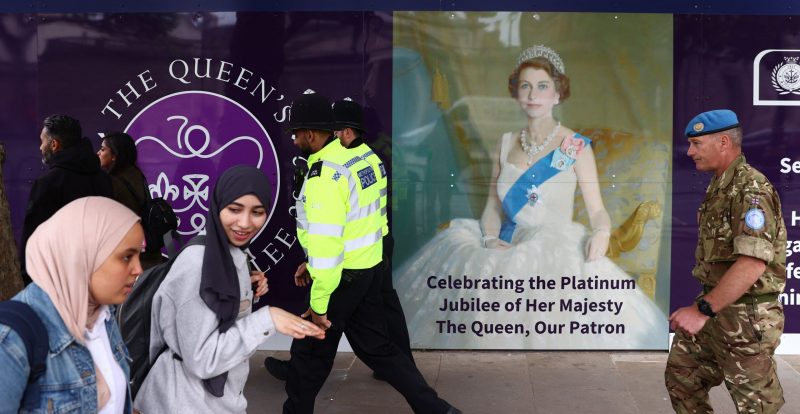 SEVEN decades is a long time in history. As Britain pauses for four days to celebrate the Platinum Jubilee, the longest reign in British history symbolises how much can change within one lifetime.

The Queen spoke of her sense of “extraordinary progress, socially, technologically and culturally that has benefited us all,” when she addressed parliament in February.

The 96-year-old monarch has herself been the symbol of stability in times of rapid change. Since 85 per cent of us were born after she came to the throne in 1952, for most she has been an ever-present backdrop to our lives. Those who are over 75 may have personal memories of her coronation the following year, lining the streets as schoolchildren, or seeing a television set for the first time.

Few of us would give up the mobile phones and streaming services that give us almost unlimited personal choices. By making the occasions that bring many millions of us together scarcer, they can make them more valued too.

Three-quarters of people think the Jubilee is important to Britain. It is the most publicly-anticipated major event of 2022, ahead of the Commonwealth Games and international football tournaments. By contrast, the Unboxed festival, conceived of as a once-in-a-lifetime festival of creativity across the UK, may be a national event to which most people do not yet realise they are being invited, with just nine per cent public recognition according to British Future’s research into Jubilee Britain. Reinventing the moments and traditions that we already recognise may offer our best opportunities to bring people together.

The challenge for those interested in social connection and bridging social divides is whether major events can contribute to ‘bridging’ as well as ‘bonding’. Do we mark them with people we already know – people like us – or can they help us make new connections that bridge divides too?

Faith groups across the country are using the jubilee celebrations as a chance to connect with each other. The Jubilee walk of faith in London on Friday (3) will see walkers from at least nine faiths set off from mosques, gurdwaras and Buddhist pagoras to converge on Westminster Abbey for a shared Jubilee lunch. The Queen will also be the subject of Friday, Saturday and Sunday prayers in mosques, synagogues and churches, respectively.

This year of welcoming in Britain offers new opportunities too. The bridging qualities of tea – both English Breakfast tea and the famous Milk Tea of Hong Kong – will be part of the Jubilee celebrations in Sutton, southwest London, as the Integrating Sutton project continues its welcoming efforts with the 2,000 people from Hong Kong who settled in the borough over the last year. In Bradford, a local mosque will bring children and families from Syria and Eastern Europe together in its welcoming efforts.

After the surge of public interest in welcoming refugees from Ukraine, there were many frustrations at the bureaucratic hurdles. So it may have gone unnoticed that the 60,000 Ukrainian who have arrived in Britain are now the largest single group of refugees to come here during the Queen’s reign. As Homes for Ukraine hosts involve their guests in local Jubilee celebrations, these welcoming efforts merit national recognition too.

Making new connections to bridge divides is a central aim of Thank You Day, promoted by the Together coalition, set this year to fall on the Sunday of the Jubilee weekend. At Wembley, the Football Association will hold a Thank You Day picnic on the pitch, particularly inviting families who live locally in Brent to celebrate the Jubilee in the national stadium, among many events around the country.

Such one-off moments may not bring about social change on their own, but they provide both an attractive vision of the more connected society most of us would like to live in and can help to forge the new relationships that, if sustained, can make it more of a reality.

The monarchy faces its own bridging challenges. The Queen’s message is that “diversity is indeed a strength and not a threat”. Whether Britain should be a multi-ethnic society is no longer the sharply contested question it was early in her reign. The 2020s question is how to make that work fairly for Britons of every creed and colour, requiring our institutions to develop more confidence in how to fully reflect the society we are today. The Crown often held the instinctive allegiance of many first-generation Commonwealth migrants, since it symbolised the history that explained their presence in Britain, yet it can now feel more distant to their British-born children and grandchildren.

Reaching across generations will be a central challenge for the future monarchy. This Jubilee can help to capture how much we have changed while maintaining a sense of tradition that matters to new and old Britons alike. It should deepen our sense that we can face the challenges of the future together, with confidence.