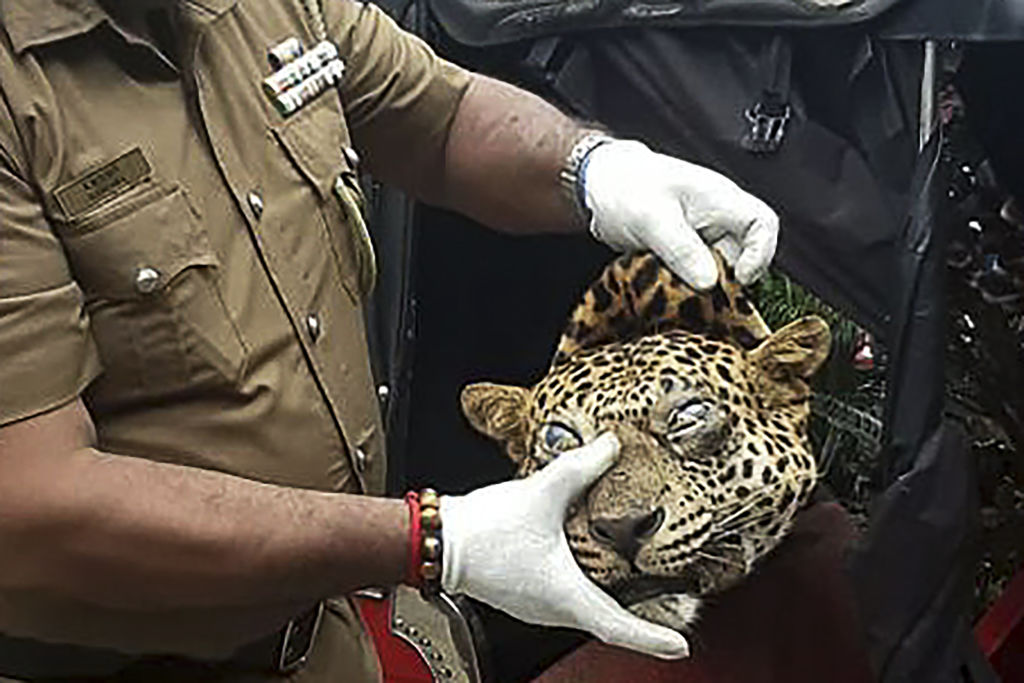 A Sri Lankan police Chief Inspector holds the severed head of a leopard who was entrapped in a snare and killed, in Ududumbara some 50 kms from the city of Kandy in central Sri Lanka on September 25, 2020. (Photo by -/AFP via Getty Images)

SRI LANKAN police arrested three people suspected of trapping and killing an endangered leopard and trying to sell its meat as a cure for asthma.

The trio were detained on Friday (25) after police raided their home following a tip-off that they had used a snare to catch the creature in the central highlands.

“They cut the head off and killed the animal after it got caught in the snare on Thursday,” chief inspector Dushantha Kangara said.

He said the suspects had thrown the leopard’s head in the forest and removed the carcass to sell the animal’s skin, meat and other body parts.

Several leopards have been trapped by snares in the region, some 175 kilometres (110 miles) east of Colombo.

Kangara said there was a popular belief that leopard meat could cure asthma.

There are believed to be fewer than 1,000 leopards in the wild in Sri Lanka, and harming the big cat is punishable by up to five years’ jail.

Wildlife conservationists have asked the authorities to ban snares and to prosecute those who use them.