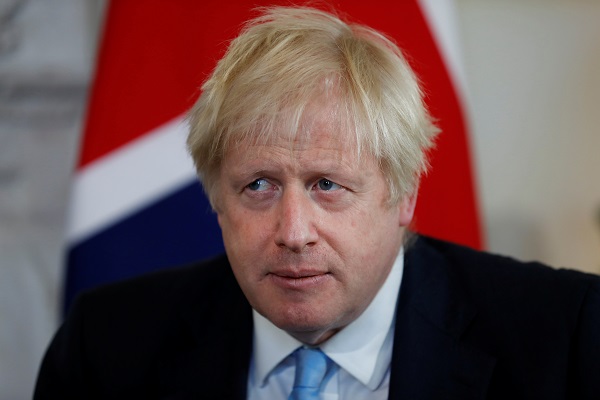 BRITAIN’S tumultuous start to the week dominated by its seemingly never-ending psychodrama over Brexit has produced some unexpected moments. Here are five of the most unusual:

‘Shit’
In a breach of parliamentary decorum, the swearword echoed through the hallowed chamber of the House of Commons on Wednesday (4) during its famous weekly Prime Minister’s Questions (PMQs).

Boris Johnson, in his first PMQs, uttered the expletive to describe the main opposition Labour Party’s economic plans, describing them as “shit or bust”.

Johnson claimed he was quoting Labour’s education spokeswoman who reportedly used the phrase herself in 2018.

Parliamentary convention requires MPs to refer to colleagues using the term “the honourable member for…” the particular constituency they represent.

Rees-Mogg In Recline
Arch-Brexiteer Jacob Rees-Mogg, in charge of Johnson’s legislative agenda in the House of Commons, was pictured during Tuesday’s heated debate stretched out across the famous front bench.

Dubbed “the MP for the 18th century” for his love of formality and tradition, he looked half-asleep in his double-breasted suit — to the irritation of opposition lawmakers.

“The physical embodiment of arrogance, entitlement, disrespect and contempt for our parliament,” Labour MP Anna Turley wrote on Twitter above the image of the ultra-Conservative, which became an instant meme online.

Attorney General’s Dog-Hunt
While the prime minister was searching Tuesday for consensus over his strategy for Brexit, his top legal adviser was looking for lost puppies.

Tory MP Defects
As Johnson began addressing MPs in parliament on his recent meetings at the G7, Philip Lee entered the Commons and instead of taking his usual left turn to the Conservative benches veered in the opposite direction.

Lee had decided to quit the party arguing “it has increasingly become the twin diseases of populism and English nationalism” joining the opposition Liberal Democrats, in a strikingly visible act of rebellion.

It was his move that deprived the Conservatives of their working majority in parliament, with their ranks further depleted by a series of expulsions later Tuesday.

Churchill’s Kin Fired
Nicholas Soames, the grandson of wartime prime minister Winston Churchill, was unceremoniously axed from the Conservative Party after decades as an MP.

He was among 21 Tory rebels to suffer a similar fate after voting against the government.

Johnson an avid admirer of Churchill once wrote a biography about the wartime prime minister, who is widely considered the greatest Conservative leader of all time.