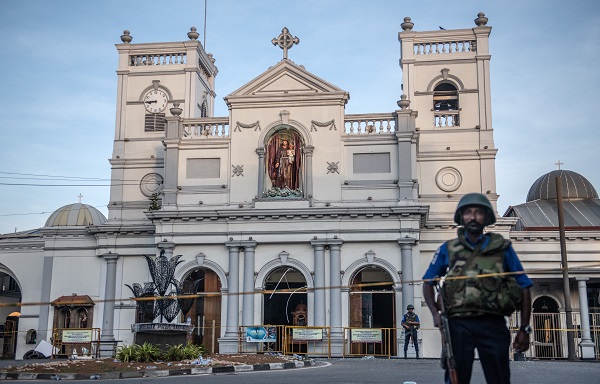 THE total number of Indians who killed in a series of deadly suicide blasts in Sri Lanka has rose to 10 on Tuesday (23).

Earlier, eight Indian nationals were confirmed dead in a string of devastating suicide blasts tore through churches and luxury hotels across the island nation on Easter Sunday (21).

The Indian High Commission in Colombo in a tweet on Tuesday (23) said: “Regret to confirm the deaths of two more Indian nationals Mr. A Maregowda and Mr. H Puttaraju in the blasts in Sri Lanka on Sunday, taking the total number of Indian deaths in the tragedy to 10 as of now.”

In tweet on Sunday (21) Indian minister stated: “Indian High Commission in Colombo has conveyed that National Hospital has informed them about the death of three Indian nationals.”

Meanwhile, PS Rasina, a resident of southern Indian state of Kerala was confirmed dead following the attacks, according to a confirmation from the Kerala state chief minister Pinarayi Vijayan. However, there was no such an information about Rasina from the Sri Lankan officials.

No group has claimed responsibility for the attacks in the island nation.

The total death toll from the coordinated bomb attacks rose to 321 on Tuesday (23).