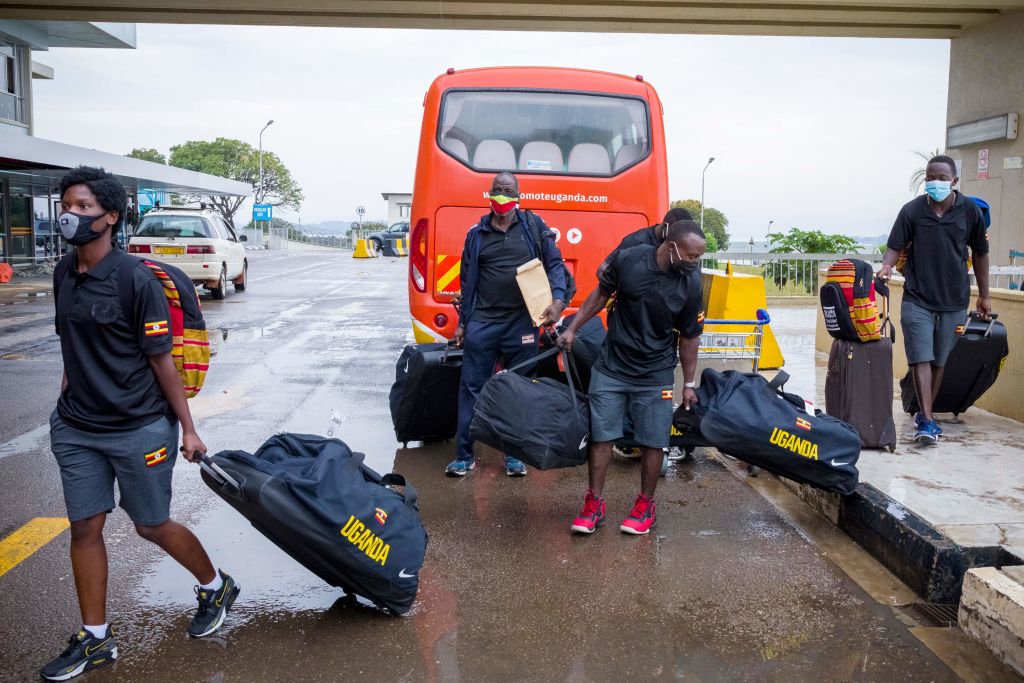 The Ugandan national boxing team members ahead of their departure for the Tokyo Olympic Games 2020. (Photo by BADRU KATUMBA/AFP via Getty Images)

UGANDA is sending more officials than athletes to Tokyo for the forthcoming Olympic Games kicking off this Friday (23). The eastern African nation is sending a 56-member contingent to take part in the mega event in Japan but of them, only 25 are athletes while 31 are non-playing staff and officials, including general officials, administrators and government officials besides coaches.

The contingent comprising 25 athletes is, however, the largest that Uganda is sending to the Olympics since the 1984 Los Angeles Games. Also, 13 of the 25 are female athletes and this is the first time that the country is sending more women athletes to the event than men. Uganda, which has won seven medals at the Summer Olympics so far, will contest in four disciplines this time.

While the composition of Uganda’s Olympic contingents has always been a baffling affair, the general public are not happy with the trend of officials equalling or sometimes exceeding the number of players at international sporting events, the country’s Daily Monitor reported.

It reported that allegations have also surfaced that some officials are also taking their close relatives and associates with them to Tokyo, as was the case when the 2014 Glasgow Commonwealth Games took place.

How does Uganda decide the number of officials who eventually get the opportunity to travel to the Olympics?

According to Uganda Olympic Committee president Donald Rukare, there is a method to determine that but also added that some officials will be there at the sporting event irrespective of the method.

“There is an IOC ratio multiplier that helps determine the athletes versus officials number, but there are also officials that will be at the Games regardless,” he told the Monitor.

“IOC members, for example, and NOC, plus high government dignitaries are always guests of the IOC, even if we qualified only one athlete. And as NOC, you are also entitled to an accompanying guest of your choice. You, the inviter, will pay the air ticket fare for your guest but your guest is not entitled to government allowances. They are only entitled to accommodation and accreditation,” he added.

Rukare also said that the guest programme has been cancelled as a measure to control the numbers in times of the Covid-19 pandemic.

But the critics are not convinced.