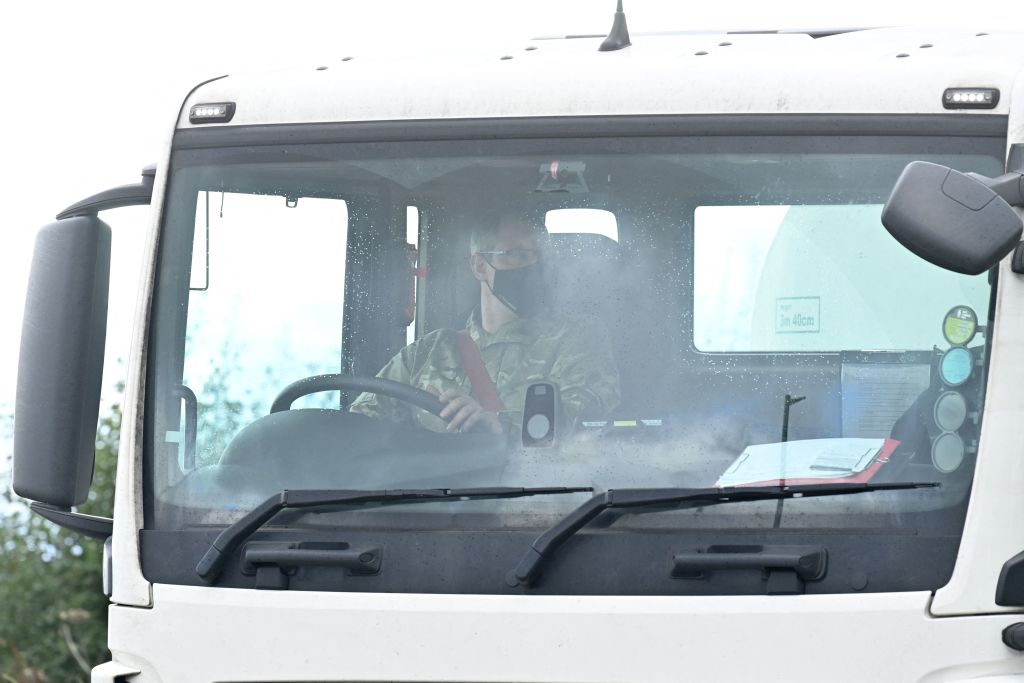 A member of the Armed Forces drives a tanker at the Buncefield Oil Depot in Hemel Hempstead, north of London, on October 5, 2021. (Photo by JUSTIN TALLIS/AFP via Getty Images)

NEW research has revealed that truck drivers from India are among the leading category of workers interested in new temporary work visas introduced by the UK to address the drivers shortage.

According to the report, drivers are applying from India, the UAE, South Africa, Poland and Nigeria.

Indeed UK analysis found that demand for the UK’s short-term visa offer for heavy goods vehicle (HGV) drivers, effective from this month until February next year, was being driven up by drivers far afield rather than European countries.

However, truck drivers from outside the EU are unlikely to have the required qualifications, which would mean further delays in addressing any immediate crisis.

“Non-EU drivers will be less likely to have the Driver CPC qualification that’s required to drive HGVs in the UK and EU,” said Jack Kennedy, Indeed UK Economist.

“Getting one could eat into the time in which overseas drivers can drive in the UK, and this roadblock could blunt the effectiveness of the visa scheme.”

The HGV driver shortage, which has triggered a fuel crisis forcing even UK Army officers to step in to drive HGVs, sparked a 307 per cent spike in interest in UK-based jobs from overseas drivers.

After Brexit, EU workers are less attracted to the UK market as they can work visa-free in any EU member country.

Kennedy added: “Petrol shortages and the prospect of empty supermarket shelves have spurred the government into action, and all eyes have turned to our European neighbours to see if the offer of 5,000 temporary visas will tempt EU drivers to return to the UK for work.

“However, we might be looking in the wrong direction, as the fact that so many other European countries are wrestling with their own driver shortages means EU-based drivers may opt to stay close to home rather than move to post-Brexit Britain.”

Prime Minister Boris Johnson has recently said that the issue of worker shortage is not at the level of a crisis or related to the impact of Brexit.