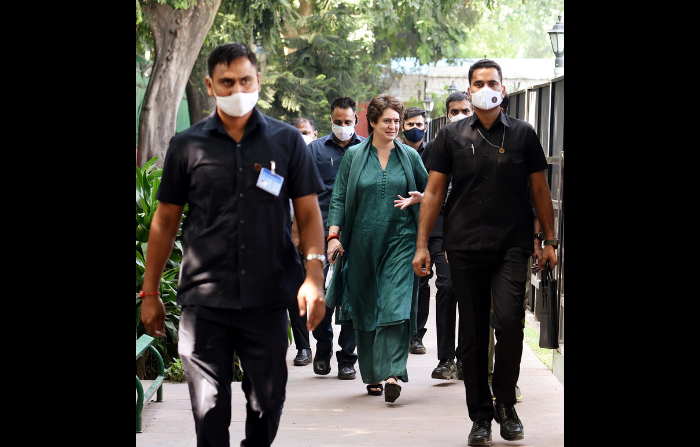 THE Indian National Congress will be up against one of the toughest electoral battles early next year when they will challenge the ruling Bharatiya Janata Party (BJP) in the northern Indian state of Uttar Pradesh, which is considered the most important political state in India.

In the run-up to the 2022 assembly elections in the state, which is India’s most populous, the Congress has decided to reserve 40 per cent of its tickets for women, its general secretary Priyanka Gandhi Vadra on Tuesday (19) said in Lucknow, the state capital.

In a press conference, Vadra said, “Women can bring about change and they need to step forward.”

She also said, “The candidate’s competence will determine the ticket.”

Vadra was a key figure in the Congress’s campaign in the state elections in 2017 as well but the Congress failed to impress and won only seven seats in a house of more than 400 members. However, she has been a more involved member since 2019 and the Congress is banking heavily on her leadership for the upcoming UP elections, considered the semi-final before the national elections of 2024.

Caste has traditionally played a big role in UP’s elections and the 2022 poll is likely to be the same. The BJP, which is led by a Thakur chief minister in Yogi Adityanath, is seen as trying to placate the Brahmins since Adityanath’s selection as the chief minister irked many in the Brahmin community.

Vadra, who was arrested recently after she tried to reach the spot of Lakhimpur Kheri violence earlier this month, is trying to highlight the gender issue as a counter-narrative to caste in the state where a number of instances of crime against women have been reported in the last few years.

Some of the cases, including the gangrapes in Hathras and Unnao, sparked outrage across the country.

The Congress, which once dominated UP politics, has not seen its chief minister in the state since the late 1980s.