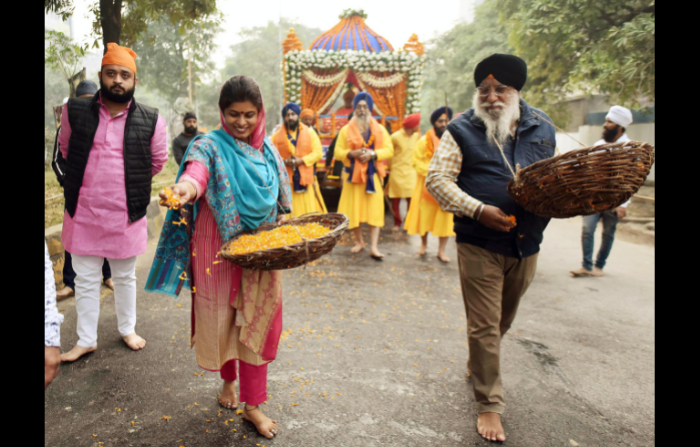 A POLITICIAN couple in India are racing to get ticket from the same party in the same seat in poll-bound Uttar Pradesh.

In India, politics is often an all-pervading affair that doesn’t spare families even. In the poll-bound northern state of Uttar Pradesh, for instance, a minister and a sitting legislator and a party official – wife and husband, respectively– have both threw their hats in the ring and are competing for a ticket of the state’s ruling Bharatiya Janata Party (BJP) to contest from the same seat.

Swati Singh is the minister of state, independent charge, for women’s welfare in the Yogi Adityanath government while her husband Dayashankar Singh is the saffron party’s state vice president. According to a report in the Indian Express, both aim to grab a ticket from Sarojini Nagar constituency in the state’s Lucknow district.

Swati is the incumbent legislator from the seat which will go to polls on February 23 when the fourth of the seven phases of elections in UP will be held.

Mayawati not to contest UP elections 2022

Her husband Dayashankar, a former students’ union leader, has also contested state elections in the past but was unsuccessful. In 2016, he was in the headlines for allegedly making derogatory remarks against former chief minister and Bahujan Samaj Party supremo Mayawati. The issue was raised by both the BSP and Mayawati in the Indian parliament following which the BJP suspended Dayashankar and he even got arrested. It was around then that his wife entered active politics.

She fought for her husband by bringing a counter complaint against Mayawati and two of her former party colleagues. She lodged a police complaint in which she alleged that the two BSP leaders (expelled later) had made derogatory remarks against her, her sister-in-law and daughter.

Dayashankar was released on bail in early 2017 and he had then challenged Mayawati to contest the 2017 assembly elections against his wife. The husband-wife duo jointly campaigned across several districts after Swati was fielded from Sarojini Nagar constituency and accused the BSP of making obscene remarks against the women of their family and called them a “disrespect to Kshatriyas” – one of India’s upper castes. The BSP is a party representing the Dalits or one of India’s most backward castes.

The campaign paid off as Swati won the electoral challenge by defeating her closest competitor by more than 34,000 votes (the BSP’s candidate in the seat finished third). Her husband’s suspension was revoked soon after the victory and she was inducted into the cabinet headed by Adityanath.

Swati also faced controversy during her ministerial tenure. She had been accused of threatening a police officer once for registering a report against a real-estate businessman, the Express report added. She was even summoned by the chief minister.

In 2022, the scenario has seen a complete change. This time, Dayashankar has made his aspirations clear. The first sign of his electoral ambition became evident when he sent messages to people wishing them on the occasion of Makar Sankranti recently with his name, designation and even the name of the constituency – Sarojini Nagar.

On Tuesday (18), when the Express contacted him, Dyashankar said he would contest the upcoming election if the party gave him tickets. He also called himself a “hardworking worker” of the BJP.

He was also asked about his wife remaining in the fray for a ticket and Dayashankar left it for the party to decide. “The party has seen our work. Let them decide,” he said.

Swati could not be contacted by the daily as his staff members said she was busy campaigning door to door in the constituency as preparation for the election. One of her close sources even shared a flex board that featured Swati’s picture and the name of the constituency.

That Dayashankar’s position in the party has also got better was evident recently when the BJP appointed him as a member of the ‘state joining committee’ that was formed to screen leaders from other parties who wanted to join the BJP.