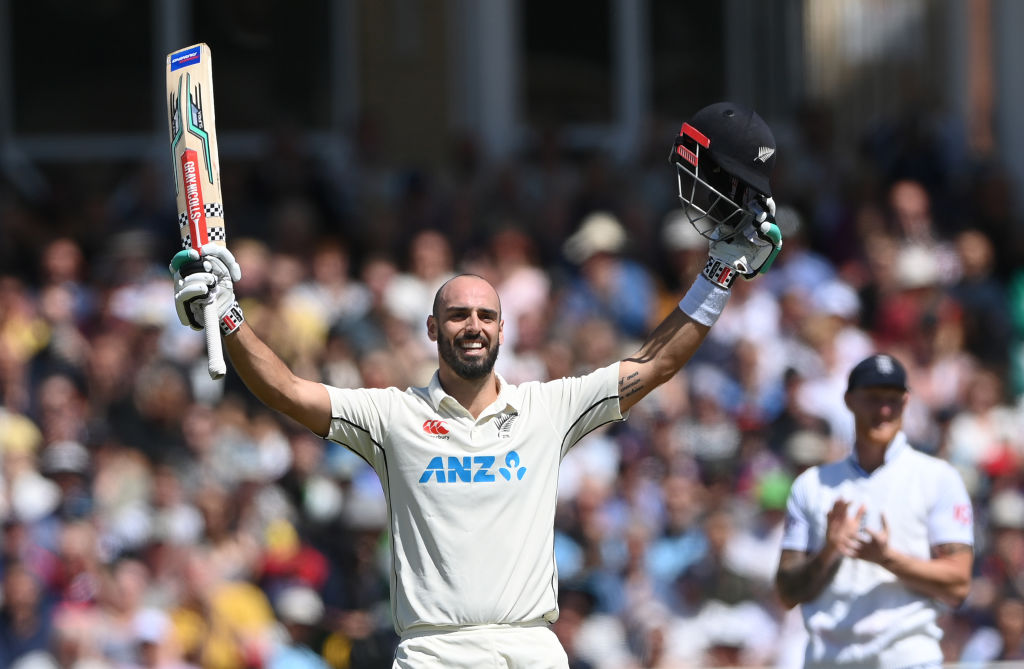 CRICKET, despite all its commercialisation, remains a funny game. While the players on the ground leave no stone unturned to make the sport more attractive, the spectators also get involved in the proceedings in ways that are no less than hilarious.

The opening day of the second Test match between England and New Zealand at Trent Bridge was witness to one such moment. Kiwi all-rounder Daryl Mitchell, who slammed a hundred in the first Test at Lord’s, has been in an equally dominating form in the second Test.

Coming out to bat at No.5 for the visitors, Mitchell played a scintillating knock and one occasion, he hit a maximum where the ball landed up into a fan’s glass of beer, smashing it into pieces.

The bizarre incident took place in the 56th over and the bowler was spinner Jack Leach.

The video of Mitchell’s shot ruining the veteran woman’s sip was shared by the England Cricket Board on its official Instagram handle.

A post shared by We Are England Cricket (@englandcricket)

In the video, England pacer Matthew Potts, who was fielding at long-on, was seen gesturing to his teammates that Mitchell’s well-lifted shot landed in somebody’s beer.

The Barmy Army, England cricket team’s supporter group, later revealed that the Kiwis had provided the fan, identified as Susan, with a replacement drink.
Even Mitchell went to greet the fan and apologised to her for the incident after the day’s game got over. From a video of their meeting, it could be understood that Susan got hurt in her finger.

Susan – the lady earlier who Daryl Mitchell’s pint hit – has been given a replacement by the Kiwi team 👏👏👏#ENGvNZ pic.twitter.com/53ig2R5cML

New Zealand, who lost the first Test despite a commendable fightback, were in a commanding position in the second Test and ended up the day on 318 for 4 after England won the toss and invited them to bat.

Mitchell went on to complete his hundred, his second consecutive one in the series, on the second day.