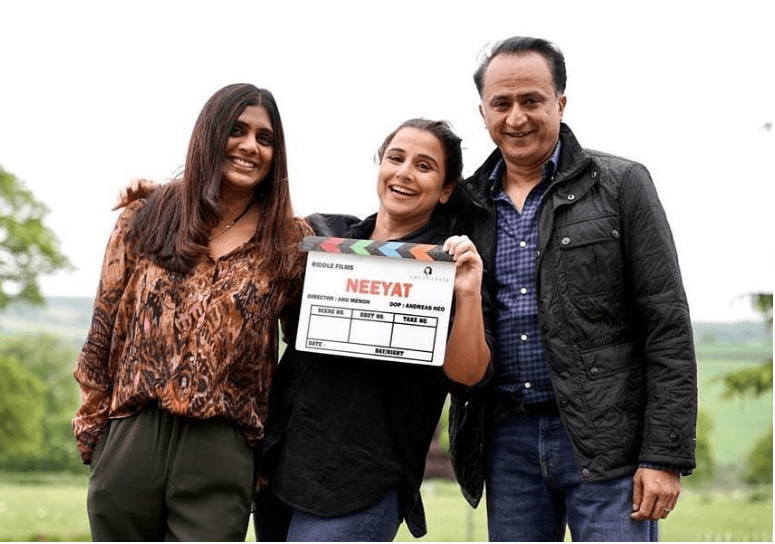 Starring Vidya Balan in the lead role, the thriller film Neeyat commenced its first shooting schedule in the UK on Tuesday.

Balan took to Instagram and posted a picture with Menon and the film’s producer Vikram Malhotra of Abundantia Entertainment.

“Excited to begin shooting one of the most engaging scripts I have read in recent times, with some of my favourite people – @directormenon & @ivikramix. All I can say is expect the unexpected. #Neeyat Filming Begins,” the 43-year-old actor wrote.

The film’s story is written by Menon, Advaita Kala, and Girvani Dhyani. The screenplay is credited to Menon, Priya Venkataraman, Kala, and Dhyani with dialogues by Kausar Munir.