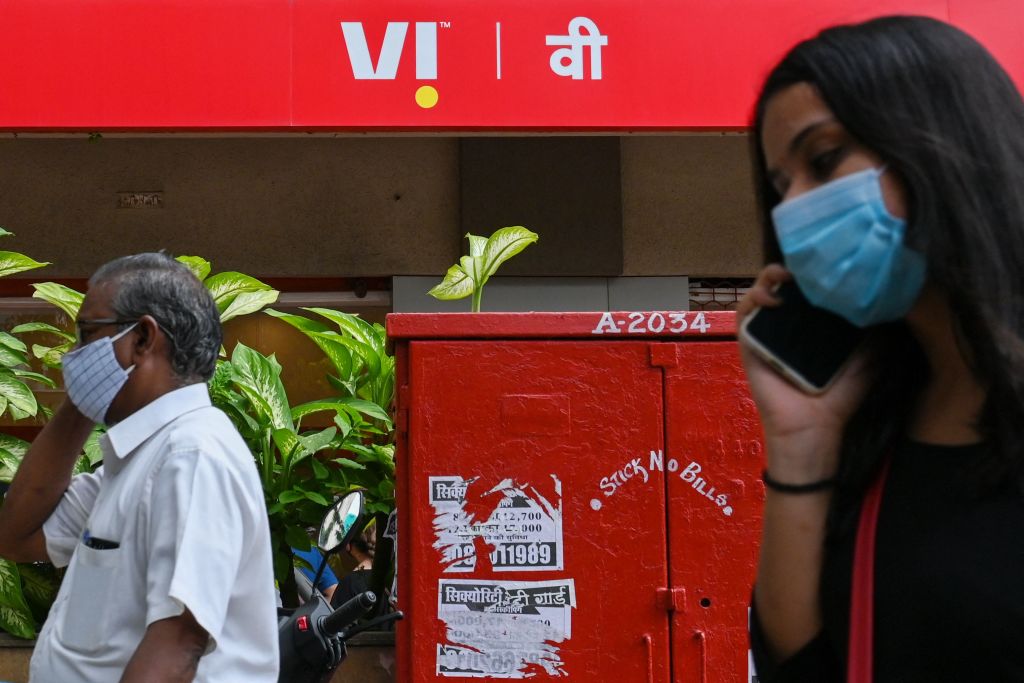 Pedestrians speak on their mobile phones as they walk past a Vodafone Idea mobile-network service provider store in Mumbai, India. (Photo by PUNIT PARANJPE/AFP via Getty Images)

The new tariffs are set to come into effect from Thursday (25), a day before Airtel’s plans will undergo a change for prepaid clients.

Vi’s new prepaid plans are comparatively cheaper than those of Airtel, though nominally.

Vi is charging only Rs 100 (£1) less than Airtel for the annual plan which offers unlimited local, STD and roaming calls, alongside 1.5GB per day and 100 SMSes a day.

“Vi remains committed to play its role in accelerating the realization of the government’s Digital India vision. In line with its commitment to providing its customers with simple and convenient products, Vi has curated an optimum range of feature rich plans for both voice and data,” the company said in a release.

The operator also said a high ARPU will allow it to focus on making “India’s fastest mobile network” better, citing Ookla’s report on fixed broadband and mobile network testing in India. According to the report, more Indian homes now have better fixed broadband speeds with over 36 per cent of connections being in the range of 50-300 Mbps (Megabits per second).

The India Today report said Airtel, India’s second-largest telecom operator, started what could be seen as a move to reduce the burden on telecom companies through hike in mobile tariffs. It said with Vi also having done the same, market leader Reliance Jio is likely to follow suit.