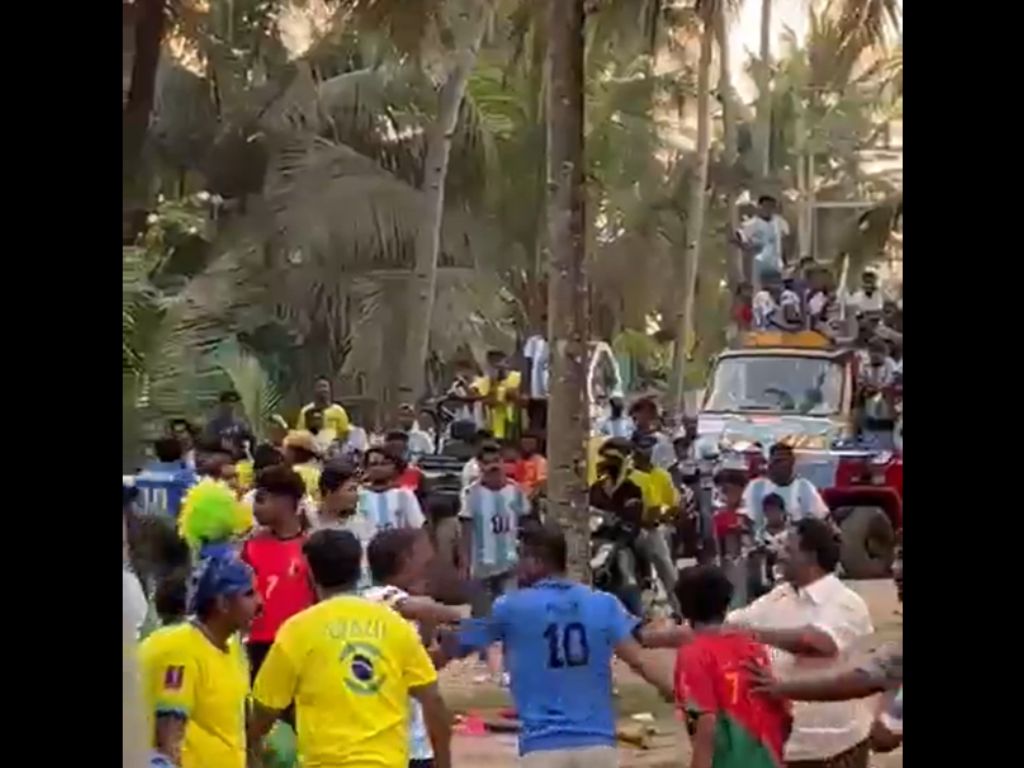 In India, people are generally passionate about cricket but when the FIFA World Cup arrives, the football-crazy fans become active, sometimes even to the extent of confronting each other.

Generally, the fans get split between the Brazil and Argentina camps and don jerseys of their favourite side.

On Tuesday (22), two groups of such people came face to face in Sakthikulangara in Kollam district of the southern state of Kerala and the confrontation soon turned into a scuffle.

A random group fight broke out between Argentina and Brazil fans in Kerala, India pic.twitter.com/d10sPr3Ev3

A video of the incident, which India Weekly could not verify, was doing the rounds on social media platforms. The video showed a group of men, some wearing jerseys of Brazil and Argentina, clashing with sticks and flagpoles bearing the national flags of the two South American football giants.

People were also seen with flags and jerseys of some other football-playing nations, such as England.

As the fight escalated, some people were seen trying to bring the situation under control.

A case was filed at the Sakthikulangara police station under Section 160 of the Indian Penal Code for disrupting peace in a public space on the basis of the video, Hindustan Times reported.

Meanwhile, in Kannur, also in the same state, a man was arrested for allegedly tearing down the national flag of Portugal that had been raised at a roadside junction.

Deepak E, an active right wing cadre in Kannur, Kerala was mercilessly beaten up by #CR7 fans for destroying #Portugal national flag mistakenly as it resembles the party flag of a political rival – Social Democratic Party of India. #FIFAWorldCup #WorldCup2022

Caught on the act: pic.twitter.com/UWjiwqiTzE

A video of the man destroying the flag went viral and some reports also claimed that the man — allegedly a supporter of India’s ruling Bharatiya Janata Party — mistook the Portuguese flag as that of the Social Democratic Party of India, a rival political outfit. He was beaten up by angry fans.