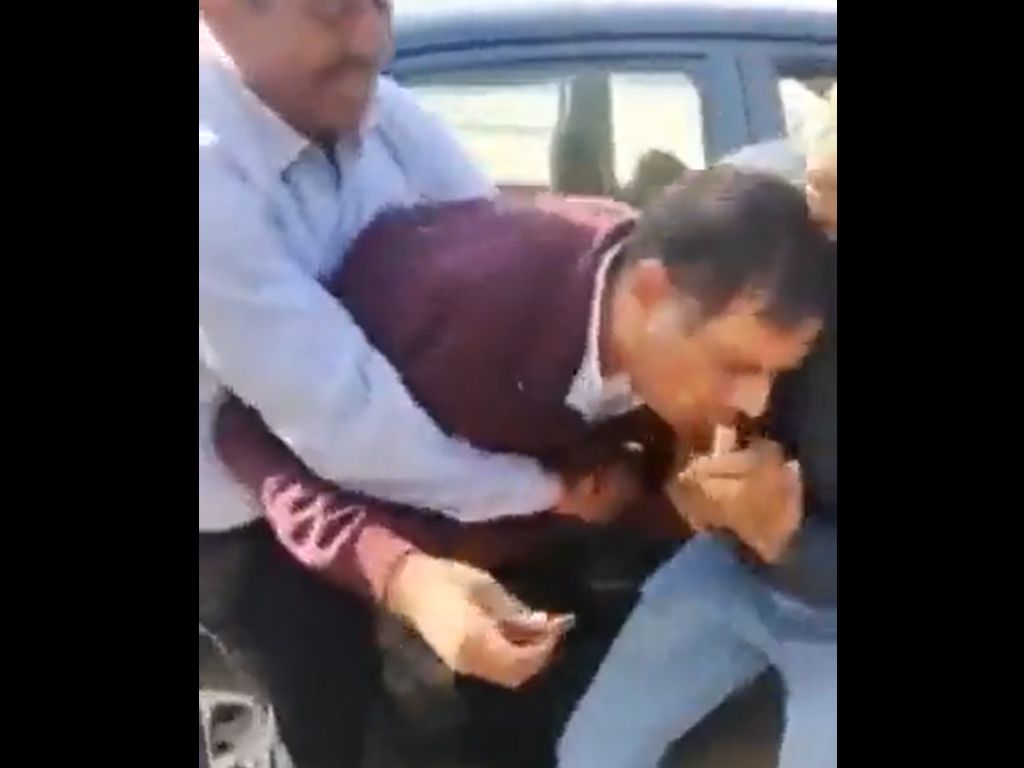 Vigilance officials try to recover money from a police officer who allegedly swallowed it after getting caught red-handed in northern Indian state of Haryana on Tuesday, December 13, 2022. (Picture: Twitter screengrab/@sushilmanav)

In a bizarre incident, a police officer in the northern Indian state of Haryana swallowed currency notes that he took as a bribe in a case related to theft of cattle, an issue common in many parts of the South Asian country, after a team of vigilance officials caught him red-handed.

The incident happened in Faridabad and a video of the same went viral on social media.

NDTV reported that the cop, identified as sub-inspector Mahendra Ula, was overpowered by the vigilance officials and tried to recover the money he swallowed in a flash after getting caught.

The video showed the policeman in plainclothes lying grounded after a tussle with some of the officials who even tried to bring out the money from his mouth. Another person tried to intervene but was pushed aside by another official from the vigilance team.

The officials said that Ula demanded a bribe from a man to take action against an accused in the cattle theft case. He reportedly demanded Rs 10,000.

The officials then laid a trap to catch the accused cop which they eventually did before the shocking act was played out.

India is the 85 least corrupt country out of 180, according to the 2021 Corruption Perceptions Index reported by Transparency International.