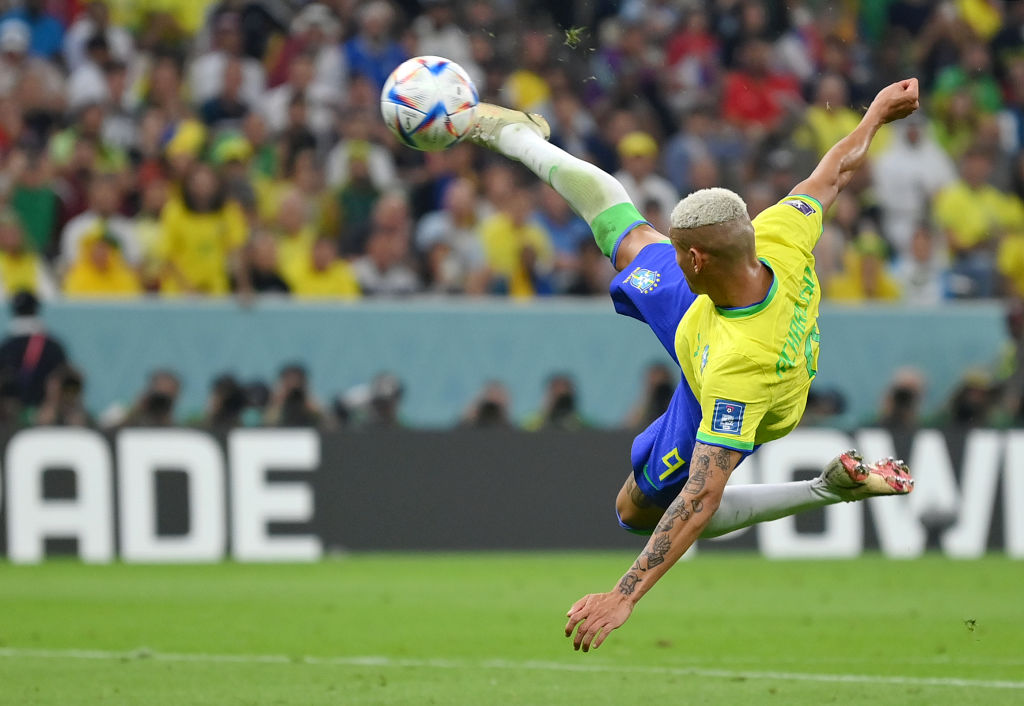 Five-time champions Brazil launched their campaign at the FIFA World Cup 2022 in Qatar with a bang on Thursday (24) as they routed Serbia 2-0 in Lusail, thanks to two strikes from Richarlison in the second half when the Selecao really went after the target.

While Brazil’s fans were generally happy with their team’s win, a special conversation was underway over the second as the one scored from a bicycle kick would go down as one of the best that the current edition has seen.

Richarlison scores a bicycle kick, the goal of the tournament so far pic.twitter.com/sSmYvxTQrC

The 25-year-old forward, who had once sold ice cream to help his family, used one touch to get the ball that came to him from a distance and spun around and got off the ground before hitting it straight into the net with a powerful kick with his right foot. The dramatic scoring took place in the 73rd minute.

Brazil’s decision to play four forwards in its attacking line-up, including Neymar, Vinicius Junior, Raphinha and Richarlison paid off as the Latin Americans dominated the match and emerged winner towards the business end.

The former champions initially struggled to break through the Serbian defence until Richarlison scored in the 62nd minute. Both his goals were assisted by Vinicius Junior,

Brazil, who last won the coveted tournament in 2002, have won 17 of its last 20 opening games at the World Cup.

In the last 10 editions, they have topped their group.