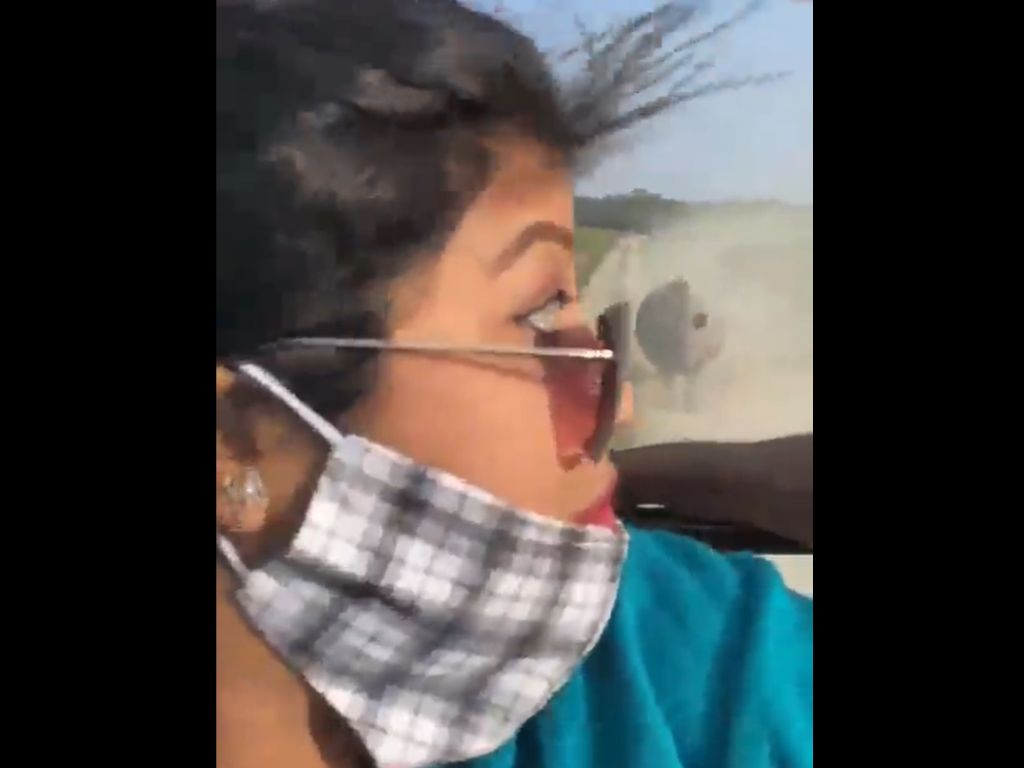 A tourists look back to see a rhinoceros chasing a tourist jeep at Kaziranga National Park in India’s Assam state. (Picture: Twitter screengrab/@RatnadipC)

It’s winter time in India and a peak season for tourists travelling to various top destinations across the country, including the Kaziranga National Park in the north-eastern state of Assam which is famous for its one-horned rhineceros.

However, a trip to the park by some visitors recently did not take long to turn into a nightmare as an adult rhinoceros was seen chasing their vehicles. A video of the scene where the giant animal running after one of the tourist jeeps in a convoy in a narrow road has gone viral. One tourist was also seen panicking over the charging rhinoceros and screamed at the vehicles going before them asking them “bhaga bhaga” (speed up).

This is called RHINO CHARGE – Again tourist safari jeep chased by Rhino at Kaziranga, shouts of speed.. speed..Bhaga… Bhaga.. says it all. pic.twitter.com/SnWjREm2u7

There was no report of any injury to anyone in the incident.

The horned-animal chased the tourist vehicles for a distance before disappearing into a bush.

The incident took place at the Bagori range of the national park.

According to Assam Tribune, the rhinoceros had brushed against the rear tyre of the vehicle. Later, the mark of the rhino’s teeth was also found.

Authorities suspected that the animal might have injured its mouth and retreated into the grasslands.

The user, who shared the clip, captioned it, “This is called rhino charge. Again tourist safari jeep chased by Rhino at Kaziranga, shouts of ‘Bhaga Bhaga’ says it all”.